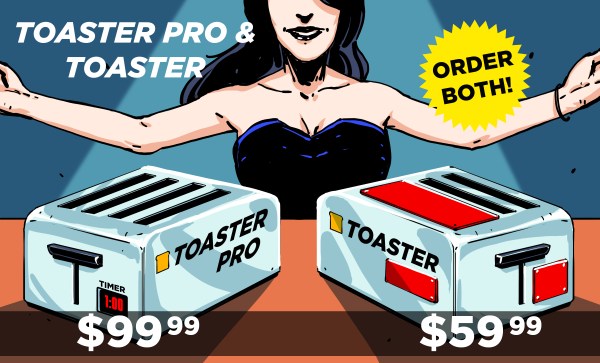 There are numerous examples of hardware which has latent features waiting to be unlocked by software. Most recently, we saw a Casio calculator which has the same features as its bigger sibling hidden within the firmware, only to be exposed by a buffer overflow bug (or the lead from a pencil if you prefer a hardware hack).

More famously, oscilloscopes have been notorious for having crippled features. The Rigol DS1052E was hugely popular on hacker benches because of it’s very approachable price tag. The model shipped with 50 MHz bandwidth but it was discovered that a simple hack turned it into the DS1102E 100 MHz scope. Tektronix has gotten in on this action as well, shipping modules like I2C, CAN, and LIN analyzation on the scope but requiring a hardware key to unlock (these were discovered to have a horribly insecure unlock method). Similar feature barriers are found on Rigol’s new reigning entry-level scope, the DS1054Z, which ships with protocol analyzation modules (among others) that are enabled only for the first 70 hours of scope operation, requiring an additional payment to unlock them. Most scope manufacturers are in on the game, and of course this is not limited to our tools. WiFi routers are another great example of hardware hosting firmware-unlockable features.

So, the question on my mind which I’d like to ask all of the Hackaday community is this: are unlockable features good for us, the people who use these tools? Let’s take a look at some of the background of these practices and then jump into a discussion in the comments.