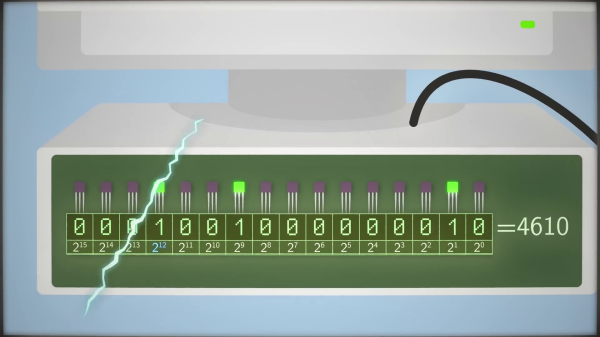 Our world is constantly bombarded by high-energy particles from various sources, and if they hit in just the right spot on the sensitive electronics our modern world is built on, they can start flipping bits. Known as Single Event Upsets (SEU), their effect can range from unnoticeable to catastrophic, and [Veritasium] explores this phenomenon in the video after the break.

The existence of radiation has been known since the late 1800s, but the effect of low-level radiation on electronics was only recognized in the 1970s when trace amounts of radioactive material in the ceramic packaging of Intel DRAM chips started causing errors. The most energetic particles come from outer space and are known as cosmic rays. They originate from supernovas and black holes, and on earth they have been linked to an impossibly fast Super Mario 64 speedrun and a counting error in a Belgian election. It’s also possible to see their path using a cloud chamber you can build yourself. There are even research projects that use the camera sensors of smartphones as distributed cosmic ray detectors.

Earth’s magnetic field acts as a protective barrier against the majority of these cosmic rays, and there is a measurable increase in radiation as you gain altitude and enter space. In space, serious steps need to be taken to protect spacecraft, and it’s for this reason that the Perseverance rover that landed on Mars this year uses a 20-year-old main computer, the PowerPC RAD750. It has a proven track record of radiation resistance and has been used on more than a dozen spacecraft. Astronauts experience cosmic radiation in the form of flashes of light when they close their eyes and protecting their DNA from damaging effects is a serious concern for NASA.

It’s impossible to know the true impact of cosmic radiation on our world and even our history. Who knows, one of those impossible-to-replicate software bugs or the inspiration for your latest project might have originated in another galaxy. END_OF_DOCUMENT_TOKEN_TO_BE_REPLACED 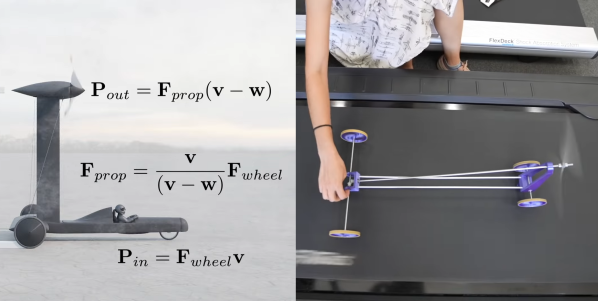 [Professor Kusenko] made a very thorough and convincing argument, backed by calculations, against the claims in the video. He claimed the observations were due to a combination of gusty winds, a vertical wind gradient. He was convinced and that the vehicle would not be able to maintain a speed higher than the wind, directly downwind. By [Veritasium]’s own admittance, his original video could have contained more details and proof of performance claims of the Blackbird vehicle. He added these to the latest video and included two model demonstrations. The model that brought the concept home for us is at 13:46 in the video, and substitutes the propeller for a large wheel being driven by a piece of lumber being bushed across it. The second model, built by [Xyla Foxlin] was designed to demonstrate the concept on a treadmill. The 4th version of [Xyla]’s model was the first to be successful after she found out from [Rick Cavallaro] that the key design detail is the Vehicle Speed Ratio, which must be 0.7 or less. It is the pitch of the propeller divided by the circumference of the driven wheel, assuming a 1:1 gear ratio. All the 3D files and details are available if you want to build your own downwind cart. END_OF_DOCUMENT_TOKEN_TO_BE_REPLACED