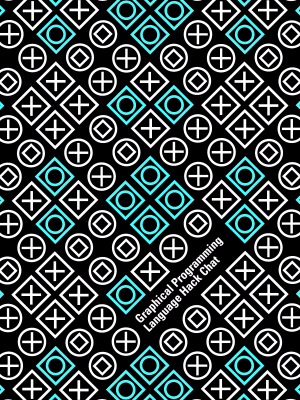 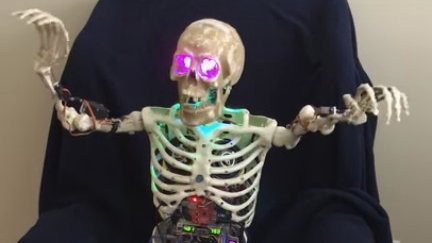 There are a lot of things to like about [BoneConstructor]’s Skelly the skeleton robot project. Note that we said, “project”. That’s because not only does the robot work well and is built well, but the journey he took to make it contains steps we’ve all taken ourselves. We can say that with confidence since it’s his first, and we’ve all had those.

Skelly started life as a skeleton sitting in [BoneConstructor]’s antique race car at local car shows. Its eyes lit up and it made a moaning sound, which didn’t always work right.  From there came lessons learned with head and arm servos, followed by problems with a PS2 remote and a control board. When he realized he’d have to write his own code, he was stymied by his lack of programming skills. But then he found Visuino, which as you can guess from the name is a visual way to program Arduinos, mostly consisting of drag-and-drop. From there on, the path was smoother, if not completely linear.

Rather than rapidly burn through servos by mounting the bones directly to the servo arms, he fitted bearings into the bone sockets, put the limbs on shafts through those bearings, and used pusher rods connected to the servo arms to turn those shafts. It’s no wonder the arms work so well. He took that sturdy and resilient approach with the wrists and neck too. He even made its right foot able to tap in tune with the music.

And from there we begin to understand some of the method to his madness. Check out the videos below, and on his Hackaday.io page and you’ll see how wonderfully Skelly moves to the music. It even took a moment for us to realize he wasn’t actually playing the piano. But best of all, we like how he rocks out to AC/DC’s Shoot To Thrill (Iron Man 2 Version). We’re really impressed by how well those robot arms hold up given that this is a first robot.