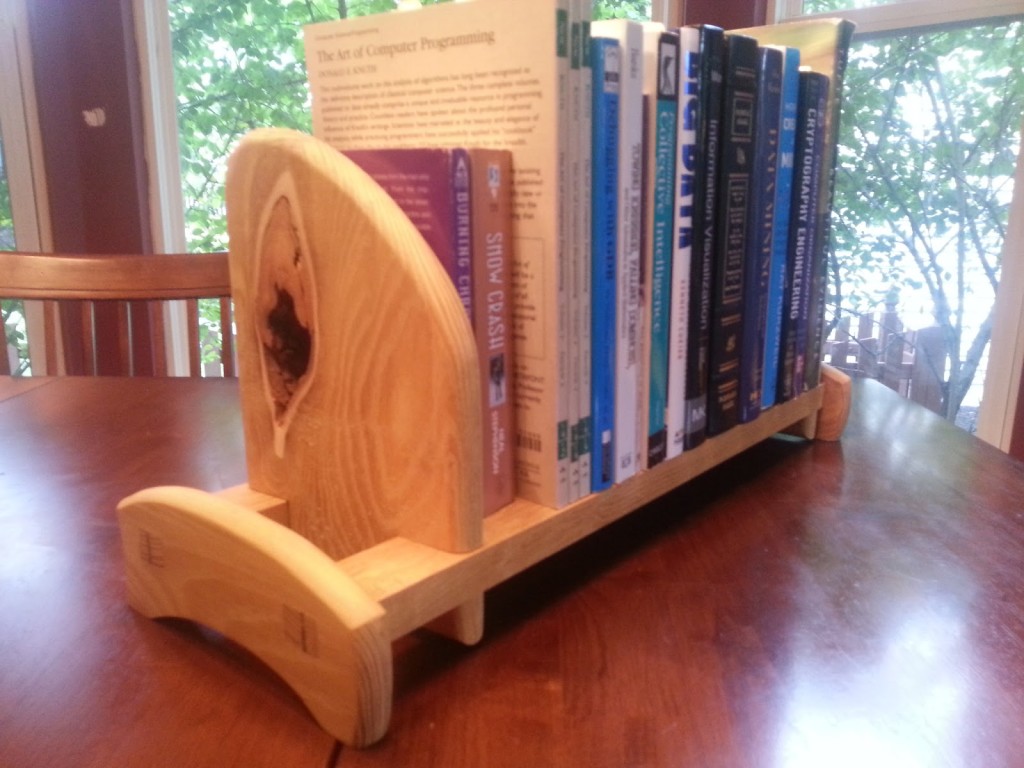 We have very few books hanging around the house which makes this small attractive assembly quite enticing. It was built by [Eric Whyne] who wanted to make sure the casual observer didn’t think it was store-bought. In choosing wood he tried to find a couple of show pieces with visually appealing flaws like the broken out knot seen on the bookend.

In addition to the blemish, he chose joinery techniques that would show off craftsmanship not generally found on mass-produced goods. And we’d say he succeeded. The rails attach to the end pieces using a mortise and tenon joint with a wedge to hold things tight. It’s similar to how an ax handle is mated with the blade. The mortise gets a bit of a flair, and a slot cut in the tenon is forced to grip that flair using a small wooden wedge. Here’s an in-depth description of this type of joint.

We just have to mention that we endorse his reading selection. Snow Crash and Burning Chrome are among our favorite novels.

One thought on “Simple Bookends Wear Blemishes With Pride”