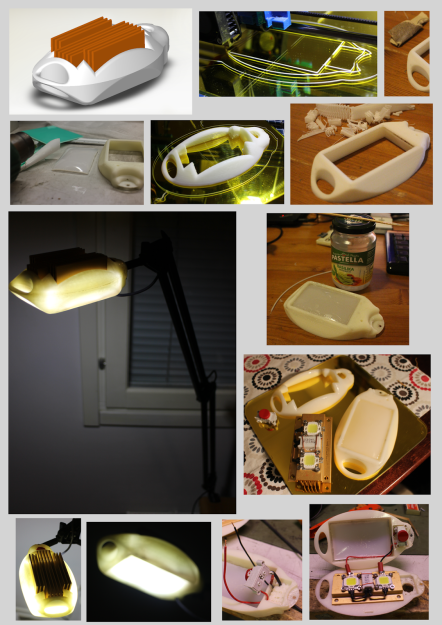 Because of the giant heat sink required for the LEDs, [Andres] decided it would be easier to rebuild the entire lamp head using his 3D printer, rather than trying to modify what he already had.  In order to make it a bit prettier, he used the acetone vapor bath method to smooth out the printed part. He also designed in a small diffuser using a sheet of acrylic sheet to help spread out the light better.