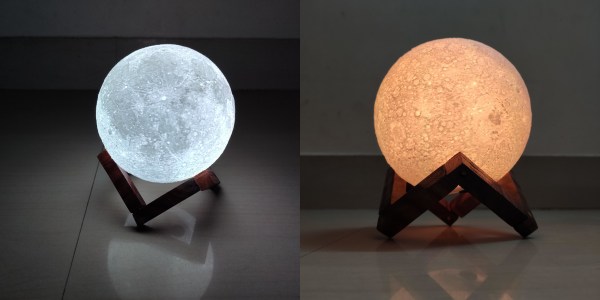 One of the easiest ways to get into hardware hacking is by piecing together a few modules and shoehorning them into a really cool home. For example, why buy a commercial moon lamp when you can spend 30+ hours printing your own, and a few more hours hacking the guts together? 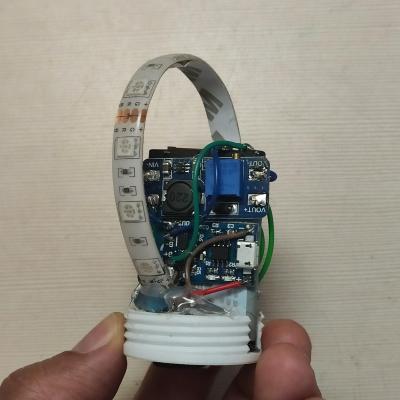 [Amit_Jain] was inspired by a project that combined a color map and bump map of the moon into a highly-detailed printable model. Displeased with the lack of features like portability and pretty colors, [Amit] took it to the next level by designing a threaded cap that unscrews to show the streamlined guts of an off-the-shelf RGB LED controller.

[Amit] freed the controller board from its plastic box and soldered the LED strip’s wires directly to it. For power, [Amit] taped the board to the battery from an old cell phone and stepped it up to 12 V with a boost converter. We think this looks quite nice and professional, especially with the stand. A brief demo is on the rise after the break.

If you’ve got the room for a much, much larger light-up moon, you should go for it.

END_OF_DOCUMENT_TOKEN_TO_BE_REPLACED 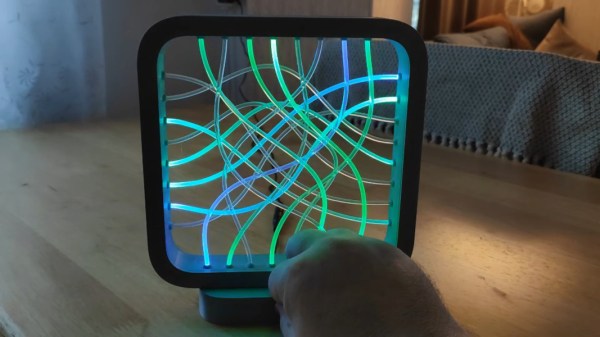