You are at the corner store, buying gum. The cashier rings up the purchase, showing you the amount. You casually pull out your cell phone and wave it near the credit card machine, which beeps appreciatively. The cashier nods, and you walk out, stuffing gum into your face. What just happened? You used Near Field Communications (NFC) to send data between your phone and the credit card terminal.

NFC is a standard that allows two devices to exchange information over a short distance without being in physical contact. The two devices communicate using a weak magnetic field that, in theory, only has a range of a few centimeters, so both devices have to be physically close, and someone standing nearby can’t intercept or alter the signal.

NFC transceivers are now being built into many mobile devices including the iPhone and iWatch, and the technology underlies touchless payment systems like Apple Pay and Android Pay. It has had a rocky evolution, though, going from toy-store curiosity to the mainstream of the mobile world. The technology evolved from the older Radio Frequency ID (RFID) system that was developed for making keys for electronic access systems. Unlike RFID systems, NFC communications can work both ways, and the devices can be written to.

The first device to use an early version of NFC was a Star Wars toy from 1997, which used an early version of the technology called CommTech to give voice to the figures. You tap the chip on the player, and it plays the voice. These are now quite collectible.

The full NFC standard was defined in 2002, as ISO standard number 14443. Since then, the standards have been expanded by the NFC Forum, an industry group set up by the companies that use it.

There are two sides to every conversation, and NFC is no different. This conversation has two modes: passive or active. In the passive mode, one device emits a rapidly alternating magnetic field. This is picked up by the other device, which is a passive device that just receives: it doesn’t emit a magnetic field. This effectively turns the two devices into an air-gap transformer, with induction causing a current to flow in the antenna of the passive device. By altering the resistance of the antenna, the passive device can modulate the field, signalling back to the active device. This doesn’t require a battery in the passive device: it draws the power it needs from the induced current. This is the type of connection you will see between a card reader and a transit card, such as the Charlie Card system in Boston or the Oyster card in London.

In an active connection, both devices can emit a magnetic field, and they alternate between sending and receiving the magnetic field. This is typically used between two computers, or between two other battery-powered devices that want to exchange larger amounts of data.

Either way, this magnetic field is alternating at a frequency of 13.56MHz, right in the unlicensed Industrial, Scientific and Medical (ISM) band, which means that there is no licence required to use. The active device still requires FCC approval in the USA, though: you can’t just build your own active NFC reader and sell it without that approval.

The data is sent using Amplitude Shift Keying with Manchester or Miller coding at a speed of 106, 212 or 426 kilobits per second, with each direction using a different speed. That way, data can be sent in both directions at the same time without colliding.

Once the two devices have figured out how to talk to each other, they have to decide what to say. There are three operating modes that can be used: Read/Write, Peer-To-Peer and Card Emulation. The first is used when a reader wants to read data from a card and then write something back, such as reading data off a transit card, and then writing back the new stored fare value.

In Peer-to-Peer, both devices are sending and receiving data. One example of this is when a cell phone and Bluetooth speaker use NFC to exchange data on how to pair for the Bluetooth connection.

In Card Emulation, the device pretends to be a dumb, unpowered NFC card, even if it is a powerful cell phone. The latter is used by the iPhone for Apple Pay, because the iPhone never knows the credit card number: that is held in an encrypted format in a secure location (called the Secure Element) on the NFC chip itself. Google uses a slightly different approach called Host Card Emulation, where the card details are encrypted by Google and held in the cloud, not on the NFC chip.

How to Use NFC

As I noted before, you probably already have an NFC device built into your cell phone. Accessing that is harder than you might think, unfortunately, as some manufacturers don’t allow you the hardware level access that this needs. Android offers the best support, allowing you to do basics like read NDEF tags, or more advanced things like sending large files over an NFC connection through the Android SDK on a device that includes NFC. Apple phones are less co-operative, though, as Apple does not provide access to the NFC capability in the current version of the SDK. In effect, only Apple apps (such as their own ApplePay system) will get access to the NFC system. It remains to be seen if this will continue in future versions of the iOS operating system, but I wouldn’t hold my breath: the current beta version of iOS 9.1 does not include this. Plus, it seems that the NFC chip on current Apple devices can only act as a passive device (like an NFC access card), which means it could not read other passive NFC cards and devices itself.

If you want to really get into the technical weeds of NFC, you’ll need to pick up an NFC development kit. Adafruit offers a nice NFC breakout board that can be easily connected to a Raspberry Pi or other type of computer using the Libnfc library. This handles the coding/decoding of the radio signal, while still allowing you to poke around. Other dev kits are offered by the manufacturers of the chips that cell phones and other devices use, including Texas Instruments, NXP and others.

One interesting way to get hold of NFC cards is from Moo, who are now offering NFC-equipped business cards. They are calling this idea Paper+, and have some interesting ideas for it. These are more expensive than normal cards (at 20 cards for $30), but they have a significant nerdy appeal to them… 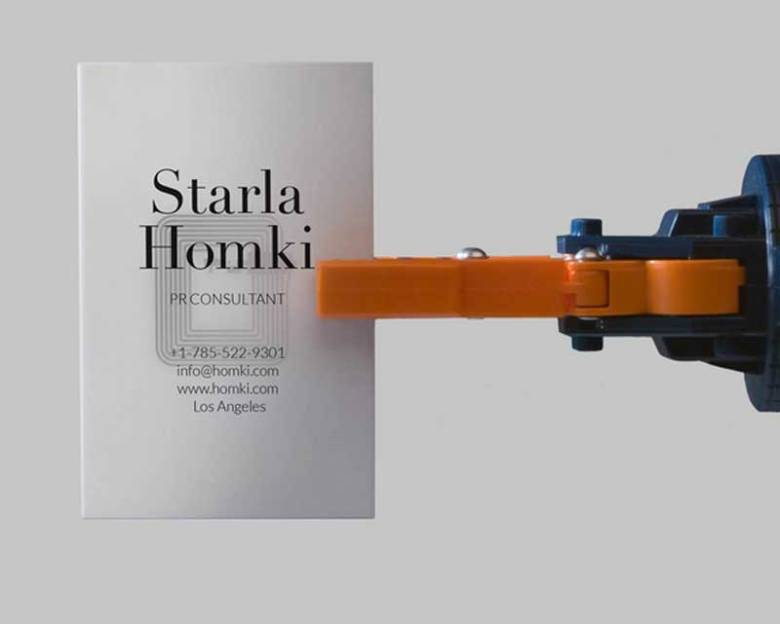