A bevvy of systems are supported by two NXP Kinetis K66 boards that form the backbone of the drone — one acting as the controller for the flight systems, and the other as sensor and power control board. The sensor board boasts of three NXP MPL3115 barometric pressure sensors, a NXP FXOS8700CQ 3D accelerometer, NXP FXAS21002C gyroscope, plus WiFi and GSM cards.

In another feat of engineering prowess, a purpose-built programming and debug board grants access to the Kinetis K66 boards via a specialized cable. 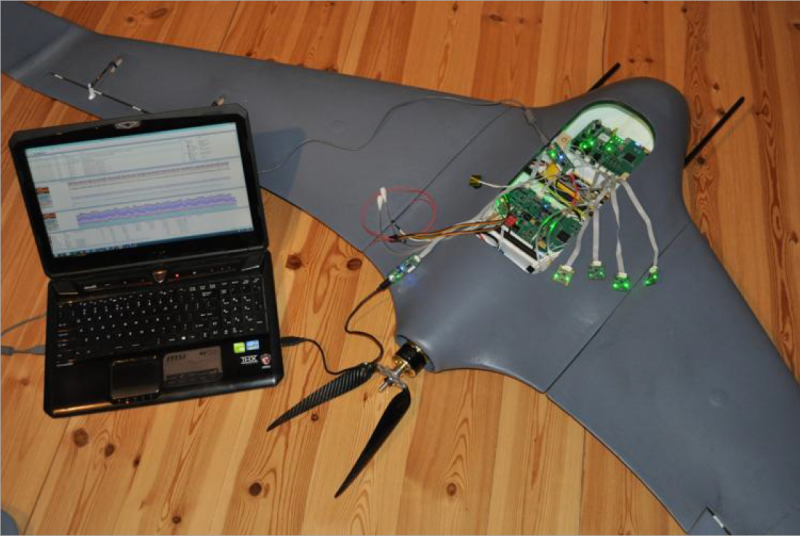 The final product is an almost entirely tailor-made UAV demonstrating the skill of these three graduate students which proves that, yes indeed you can major in drone. With diverse applications, such as agriculture, the demand for ingenious solutions to the technical hurdles that UAVs and drones face means the skills the grads have accumulated will be in high demand in short order.