The feature Amazon is pushing hardest is video calling. Their promo videos have grandmothers calling in to say hi to their kids, a mother calling from the road, and a grandfather showing off a mural he created with his young granddaughter. But does anyone want a table-top video conferencing device in their home? 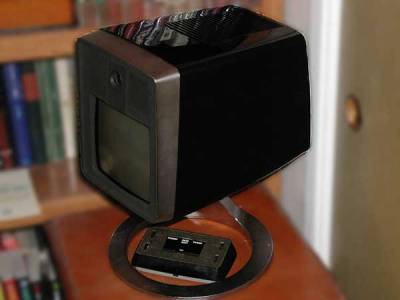 Hardwired videophones have been a promised future technology since the 1870’s. The history of the device closely follows that of the television, as early videophones were simply two CCTV systems setup for full duplex communications. A system like this connected post offices in major German cities between 1936 and 1940. Bell labs worked on the problems for decades. The result of their work was the AT&T picturephone, demonstrated at the 1964 New York World’s Fair, and released to market in 1970. The picturephone used specialized phone lines and required a bandwidth of 6.3 Mbps for full duplex video and audio. The device cost $500 million to produce and was a commercial flop. To quote AT&T historian Sheldon Hochheiser, videophones are ”the most famous failure in the history of the Bell system.”

AT&T tried again and again to make a business of video telephony. Their final attempt was in 1992 with the Videophone 2500, a digital device which used a modem to send color video over standard phone lines. The tiny onboard LCD and low quality video, along with an introductory price of $1500 doomed this product to failure as well.

Stand alone videophones have done pretty well in the business market. Companies like Polycom, Zoom, and Avaya make expensive systems for corporate meeting rooms. These tend to be multi-camera systems with multi-thousand dollar price. However, video phones never quite broke into the home. Video telephony is doing great of course — everyone seems to be using Facetime, Google Hangouts, or Microsoft’s Skype. But these services are generally used from mobile devices – phones, tablets and laptops. There aren’t many people buying Skype video phones for their homes.

The same argument holds for YouTube videos. For better or for worse, much of humanity has become a society of information grazers. Carrying our phones and phablets with us, pulling information down as we need it. In the kitchen, the backyard, the garage, and even the bathroom. With these multifunction information portals at our fingertips, there isn’t much need for a tabletop device to view videos.

Roll Your Own Interface

What do people want from an always on 7 inch LCD? It’s not Wang Chung Lyrics. But right here on the pages of Hackaday we’ve seen plenty of applications. Pi powered magic mirrors have been popping up for the last few years.

Just as with the original Echo, Amazon is going to create a community and let 3rd parties as well as end users build the applications — using their Skills framework. Working with devices that have a screen as well as a camera is a bit more difficult than the query/response system used for voice. It seems that Amazon has been working on this though. At CES back in January, they debuted Display Cards for Alexa, a way of displaying information along with voice responses. Austensibly this was designed for the nucleus intercom and Fire TV products, but it’s not a far leap to guess that Amazon already had Echo Show in the pipeline with this software.

Echo will be based upon these cards. But there will also be “GUI templates” for developers to use. However, beyond a blog post announcing this, here hasn’t been much in the way of public information on how Amazon is going to open the Echo Show for developers. Sure, there is a sign-up email link, but nothing hard yet.

So will the Echo Show be a hit as big as the original Alexa? Or are we looking at the Fire Phone 2.0? It’s all going to depend on hackers like us, and how well Amazon enables us to crank out cool skills for the device.