In a bout of frustration I recently realized that the roads have all updated — most people have no idea how — and this sometimes hurts the flow of traffic. This realization happened when an unfortunate person stopped in a left turn lane well before the stop line. The vehicle didn’t trigger the sensor, so cycle after cycle went by and the traffic system never gave the left turn lane a green light, thinking the lane was unoccupied. Had the driver known about this the world would have been a better place. The first step in intelligent automation is sensing, and there are a variety of methods used to sense traffic’s flow.

Many stoplights run on timers that do the same thing on a loop. First they were electromechanically controlled, and now they are digital. When sensing technology arrived, it made systems intelligent enough to adjust the cycle based on traffic. Nobody in the left turn lane? Don’t bother with a left turn signal in the cycle, and it shaves some seconds off and allows for smoother traffic flow.

You’ve probably seen them, but never considered what they are or how they work. Most often at stoplights, but sometimes before the stoplight, there will be a square in the pavement. This is where the road was cut, and a loop of wire inserted, then covered. The loop of wire is an inductor, and a large piece of metal next to it will induce eddy currents, which are measured by the system. If the piece of metal doesn’t generate enough eddy currents (say from a bicycle or motorcycle), the system will not recognize the presence of anything. It also means that if you drive past the stop line so that your car is no longer over the loop, then you may not be detected and the traffic control logic will skip you in the next cycle.

The takeaway with inductive loops is that if you go through a full cycle of lights and don’t get a turn, it’s likely because you’re not triggering the sensor.

If the loops are a ways back from the light, they might be used to trigger the light to start turning for you so you don’t need to stop. This is useful when the light doesn’t cycle based on time but instead defaults to green in one direction, and you are approaching from the other direction. If the system doesn’t see any traffic on the normally green side, it will change the light so that you can coast through without stopping, then change back to the default.

If you see two loops in a single lane, usually on a highway, and one is right after the other, then you’re looking at something that measures speed of a vehicle driving over it. This is usually on the highway or heavily trafficked roads at higher speed, and can be used for general data collection, or to feed the signs that say “8 minutes to I-80”. If the hardware and firmware are good, the induction can be measured well enough that the type of vehicle and number of axles can be calculated. A semi traveling over a loop would increase the baseline, with a short spike at each axle.

These are small units on traffic lights that use microwave radar to detect the presence and speed of moving vehicles. The radar can detect the vehicle approaching the stop line, and when tied into the traffic signal system, knows when a vehicle is passing through a red light and can generate a ticket. This is controversial because it conflicts with the generally held belief that “green means go, red means stop, and yellow means go really fast.” Perhaps not surprisingly, red light tickets do reduce certain kinds of intersection accidents, but it turns out they are also linked to increases in rear-end collisions.

Of course issuing tickets isn’t the only radar application you’ll find in the traffic technology arsenal. Remote Traffic Microwave Sensing (RTMS) is a technology used to go beyond what inductive loop sensors can do. RTMS is usually positioned at the side of the road, sensing perpendicular to the movement of traffic. Available sensors like the Sx-300 boast capabilities like “per-lane presence as well as volume, occupancy, speed and classification information in up to 12 user-defined detection zones”. The image shown here is an RTSM G4/K4 seen installed on a New York City street. Thanks to the FCC filing you can page through the user manual which is quite interesting.

Passive infrared sensors can measure the heat signatures of vehicles and use that to detect presence and speed. They have some limitations, though. Specifically, they don’t like moisture in the atmosphere blocking them. In heavy rain or snow, the sensors may only see the water and not the vehicles, so it’s possible to be undetectable when sitting right in front of an infrared sensor. It’s also possible (through poor engineering) to have an infrared sensor that is facing in exactly the wrong direction at either sunset or sunrise during certain parts of the year, rendering it useless.

One of my hobbies while driving is to make funny faces at the toll booth cameras as I drive through them. I like to think that somewhere there is a database with photos attached to every time I’ve driven through a toll. The reality is that it’s probably purged after a few days and I’m making funny faces for no reason, but it does get the other occupants of my vehicle engaged. 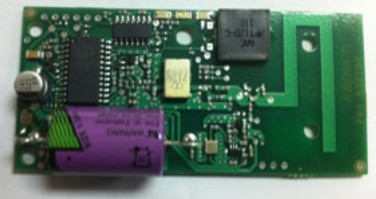 The tags are active RFID transponders at 915Mhz, and draw very little current from their battery. We’ve covered E-ZPass a little in the past. The cameras are there to capture the license plate and verify the pass with the plate, or charge people driving through the toll without the electronic tag. The passes are useful outside of toll booths as well, so that scanners in other places can be used to populate travel time signs.

These are rubber tubes that extend across the road to a base station. A vehicle passing over it compresses the tube briefly, and the change in pressure is measured at the station. The number of axles is detected, and with some tricky algorithms, the number of vehicles calculated. This can be difficult with cars driving over it simultaneously, vehicles with more than 2 axles, or other complicating situations, so error rates can be as high as 10%. When you see two tubes next to each other at a fixed distance apart, then it’s capable of calculating a lot more accurately, and it can give speed and direction.

As far as I can tell, road tubes are only data loggers and don’t upload information in real time yet, so you don’t need to worry about the road tubes being used as live speed traps.

When an emergency vehicle is approaching, sometimes intersections will have sensors to detect this and change the traffic so that the light will allow them to pass. These sensors can be acoustic and listen for specific siren triggers, light-sensitive and watch for specific strobing patterns (flashing your headlights will not work), and radio. [Dan Maloney] recently discussed preemption hacking in more detail (hint: don’t). 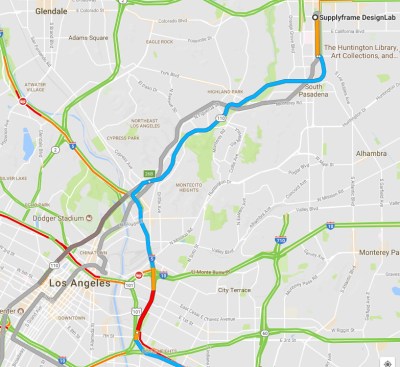 Many people now drive everywhere with Google Maps or Waze directing them. Their real time location is uploaded and used to determine if there are traffic jams, estimate drive time, and find alternate routes. It’s normal now for my phone to say “There is a slowdown causing a 10 minute delay. You are no longer on the fastest route.” Then I click a button and it redirects me to avoid the delay.

This kind of power is incredible and slightly disturbing. It can be used to save millions of hours of drive time and gallons of gas, but could also be exploited to redirect people or cause traffic jams.

If you want to go deep into the rabbit hole, the Federal Highway Administration has a surprisingly fascinating handbook on traffic detection. It’s slightly out of date at 2006, but covers most of these topics in great detail. If you know the story behind sensor technologies that I didn’t cover, we’d love to hear about the in the comments below.

39 thoughts on “The Sensors Automating Your Commute”