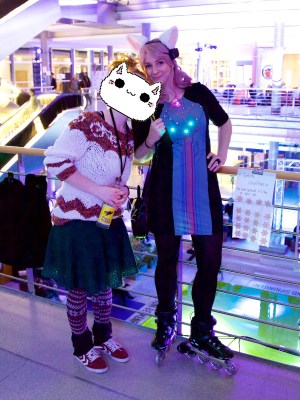 5 thoughts on “Color Organ Dress, A Wearable With Audio Feedback”