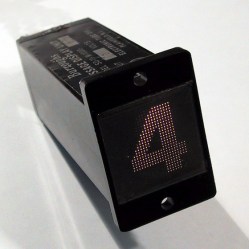 32 thoughts on “The SD-11 Sphericular Display: Pixels That Aren’t Pixels”