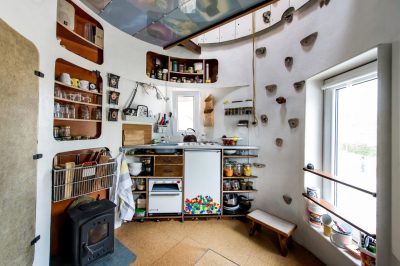 [Thanks for the tip, ecoCypherpunk!]

26 thoughts on “Is That A Mars Habitat? A Submarine? A Spaceship? Nope: It’s Home.”