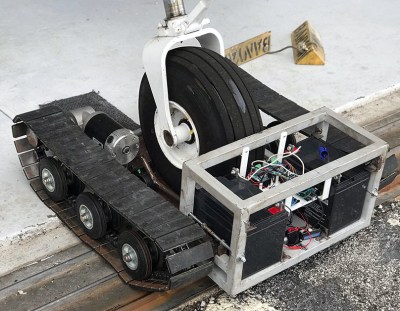 38 thoughts on “An Arduino Powered Tank Built To Pull Planes”