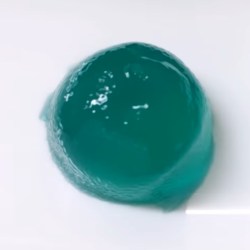 From there, it only looks easy. If you want to understand how much work [kiwami japan] puts into a Jello knife, you can look at our previous article on making a steel knife. There’s a ridiculous amount of sanding, filing, and grinding involved, and [kiwami japan] does all this with a brittle piece of air-dried Jello. Once he has shown off the obligatory paper cutting trick, he re-melts the Jello and re-seals it back into the original packaging, eating a couple more while he’s at it.

Now this is neat enough on its own, but his Jello knife isn’t even the second sharpest non-metallic knife he’s made. That honor belongs to his pasta knife, which he also went on to eat with a nice home-made cheese sauce. Not feeling up for pasta? Then you may want to try his chocolate knife. Prefer to keep your food on the knife instead of in it? Look up his carbon fiber knife, the sharpest he has ever made. Only have cardboard lying around? Make a knife out of it. Aluminum foil? Plastic Wrap? Water? Basically, if you’ve seen the material before, [kiwami japan] has tried and succeeded to build a weapon with it. Why he does this remains a mystery, but it certainly is cool.

Thanks, [Keith], for sending this our way!

24 thoughts on “Dust To Dust And Jello To Jello: The Journey Of A Very Strange Knife”