Believe it or not, counting is not special. Quite a few animals have figured it out over the years. Tiny honeybees compare what is less and what is more, and their brains are smaller than a pinky nail. They even understand the concept of zero, which — as anyone who has had to teach a toddler knows — is rather difficult to grasp. No, counting is not special, but how we count is.

I don’t mean to toot our own horn, but humans are remarkable for having created numerous numeral systems, each specialized in their own ways. Ask almost anyone and they will at least have heard of binary. Hackaday readers are deeper into counting systems and most of us have used binary, octal, and hexadecimal, often in conjunction, but those are just the perfectly standard positional systems.

If you want to start getting weird, there’s balanced ternary and negabinary, and we still haven’t even left the positional systems. There’s a whole host of systems out there, each with their own strengths and weaknesses. I happen to think seximal is the best. To see why, we have to explore the different creations that arose throughout the ages. As long as we’ve had sheep, humans have been trying to count them, and the systems that resulted have been quite creative, if inefficient.

Way back when, somebody decided that tally marks just weren’t cutting it. From that frustration, the simple grouping system was born[1].

By definition, it’s simple. Pick any integer you like; call it b. Now, decide upon a symbol for the powers of b: 1, b, b², and so on. Then any integer can be represented as a grouping of those symbols, simply adding them together. If you have a number that’s equal to 1 + 1 + 1 + b + b + b + b² and want to write it down, all that’s necessary is to drop the plus signs and smush the symbols together (111bbbb²), making addition of any two numbers in your system extremely intuitive. You could even rearrange them if you liked. b²bbb111 represents the same number as you have to add them all together anyway.

A familiar — if somewhat irregular — example of such a system appears in the Roman numerals, which takes b to be 10. If you want something a bit more regular, the ancient Egyptian numerals shown below, also taking b to be 10, fit the bill quite nicely.

The multiplicative grouping system[1] does away with some of these inefficiencies. By adding symbols for every positive integer less than the base number b, it dodges the sheer amount needed to represent numbers like 99. To demonstrate, let’s roll our own (as the standard examples have a few too many symbols to easily photograph). Set b to 10 for comparison’s sake. Then 9b9 would represent 99 in our new system, shaving a character off the modern Roman system and a whole fifteen off the Egyptian one. Much like the simple grouping system, 99b could represent the same number, but you have to multiply b by 9 before adding them all up.

Now we’re cooking! By sacrificing some of the intuition of addition and adding in symbols for all the integers less than b, the multiplicative grouping system makes physically writing numbers a bit faster. In fact, because of this, it still sees use today in Chinese numerals, also with b set to 10 (I’m sensing a pattern). Unfortunately, the system still suffers from the glut of symbols required to represent anything particularly large and unwieldy. Every extra power of b adds another symbol. Thus something like 22222 in decimal would require a full nine characters in the Chinese system, nearly double the amount required in standard decimal. 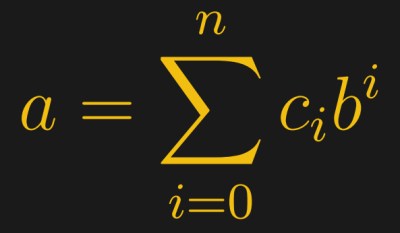 To shrink the representation of numbers a bit more, you have to remove one of the advantages of the grouping systems. In both the previous systems, you don’t really have to care where the symbols are; as long as they are grouped correctly, everything works out. However, in the positional system, we replace the powers of the base number b — also known as a radix in a positional system — with the position that they occupy.

Continuing with that thought, what happens when we strip away the b‘s themselves? Simply popping the symbols out of place, leaving 879, causes some confusion when considering the number 8b²7b9, which would also reduce to 879. To solve this problem, we strengthen our restriction. Now, any power of b that is not used and is less than the whole number is treated as if it were multiplied by 0, allowing the equation to come into play. 8b³7b9 is actually 8b³ + 0b² + 7b + 9, which then condenses to 8079 after taking away everything but the integers less than b. 8b²7b9 comes out to 879, strictly different from 8b³7b9. Each integer, even the unseen 0 in 8b³7b9, becomes the respective coefficient in the equation. As each power of b is fixed into a single spot and cannot move, popping them out now loses no information.

Surprisingly, this condition forces the positional system to require more characters to represent powers of b than any of the previous systems. Instead of just one symbol, it takes k + 1 many, where k is the exponent of the power of b we’re trying to represent. However, by restricting the powers of b to a certain position and requiring that they be represented at all times, the positional system does away with many of the inefficiencies of the past. Only b unique symbols are needed at any time, which was the biggest disadvantage of the multiplicative system with its multitude. To write any integer requires only n symbols, where n is the exponent of the smallest power of b greater than the integer, neatly stepping over the truly outrageous amount of symbols the value 99 required for representation in Egyptian numerals. Additionally, the invention of the decimal point and radix point in general allows the positional system to be easily extended to negative powers of b, streamlining the use of fractions and greatly curbing the amount of symbols needed in the other systems.

Thus we arrive back into familiar territory. While the different numeral systems may have seemed to naturally arise out of each other, fighting over who can be the most efficient, they have co-existed at different times throughout history. Even now we have Roman numerals popping up at least every February. Each has its own strengths and weaknesses. Simple grouping systems make addition intuitive, but they’re gluttons for symbols. Multiplicative grouping systems sacrifice a bit of this intuition for a much more streamlined amount of characters per number. Positional systems remove the fun chaotic bits of the previous systems for a tiny number of symbols, requiring more characters to represent powers of b in the process. If you go by how much information you need to decipher any given number in a certain system, positional systems smoked the rest, requiring only the positive integers less than b and the knowledge of where to place them. Clearly with the advent of decimal and binary, positional systems have come out the winner.

While they seem easily the most consistently efficient, positional systems also have the arguable position of most creative numeral system. The amount of bases you can use is literally uncountable as real numbers can be used for a radix. Our Hackaday members like to build computers based off balanced ternary. You can even mix up the bases if you really want. However, have you ever seen the number six? I present the seximal system. 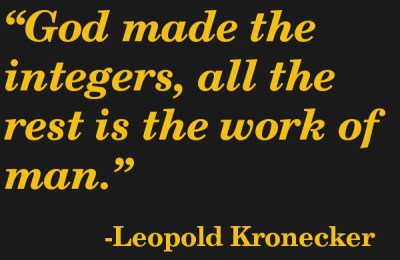 Seximal, or senary as it’s officially called, is the base-6 positional system, and it blows every other system out of the water. Six is of course a special number. It’s a perfect number: a sum of its proper divisors 1 + 2 + 3. It’s the first square-free composite number, being a product of no prime squared. It’s a superior highly composite number, meaning six has more divisors than any smaller positive integer and that this is significant even for its small size. Six is basically the bee’s knees of single digit numbers — in decimal at least.

Of course, Seximal has a lot more than just cool properties. Your seximal multiplication table has only 36 members and is thus easy to memorize. Compare to the 100 in decimal and 144 in duodecimal, and you start to see an argument for seximal through sheer laziness. Additionally, finger counting makes a lot more sense in seximal.

Counting on your hands in seximal, you can get up to 35 before you break out the toes. Sure, binary would let you get up to 1023, but you’ve got five fingers on each hand, naturally lending itself to seximal (count to five on one hand, each time you get to six that moves a digit on your other hand). As mentioned before, six has more divisors than any smaller positive integer, making division a breeze. The first prime it has any issues with is eleven. Everything else is mostly smooth sailing, as Conlang Critic mentions in his video along with dozens of other fun tidbits.

42 thoughts on “Learn To Count In Seximal, A Position Above The Rest”