The greatest hardware competition on the planet is going on right now. The Hackaday Prize is the Oscars of Open Hardware. It’s the Nobel Prize of building a thing. It’s the Fields Medal of firmware development, and simply making it to the finals grants you a knighthood in the upper echelon of hardware developers.

Last week, we wrapped up the fourth challenge in The Hackaday Prize, the Human Computer Interface challenge. Now we’re happy to announce twenty of those projects have been selected to move onto the final round and have been awarded a $1000 cash prize. Congratulations to the winners of the Human Computer Interface Challenge in this year’s Hackaday Prize. Here are the winners, in no particular order:

This challenge was all about a human-computer interface, and once again the entries have blown us out of the water. These are the best projects for HCI we’ve ever seen, but what does that mean? 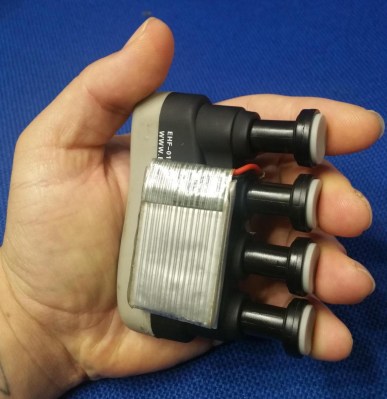 The most obvious example of a human computer interface is, by far, the lowly keyboard. Over the past few years, the mechanical keyboard community has built upon the works of firmware geniuses and created a universe of unique keyboards in every shape and size imaginable. But these Hackaday Prize finalists go one step further.

The Ergonomic Handheld Mouse / Keyboard Alternative from [Shervin Emami] is an all-in-one solution for your keyboarding and cursor moving needs. It’s a Bluetooth keyboard and mouse, but this one’s a chording keyboard built out of a $5 finger strengthening device originally designed for guitarists and people with RSI. By adding some buttons, a gyroscope, and an accelerometer, [Shervin] turned this $5 device into a piece of hardware that is priceless.

But obscure input devices aren’t all that are featured in the finalists for this year’s Hackaday Prize. Those mechanical keyboard fanatics are making contributions, too. One of the best is the Redox Keyboard from [Mattia Dal Ben]. As the name would imply, this keyboard is derived from the very popular Ergodox keyboard, a split keyboard that’s making waves with the DIY crowd. [Mattia]’s Redox has a few improvements, including changing the controller from a Teensy to the much cheaper Arduino Pro Mini, making the keyboard smaller, and making the thumb cluster easier to reach. 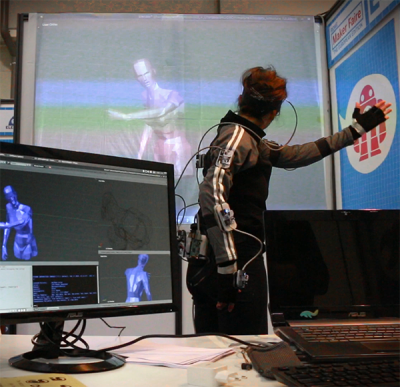 But the Human Computer Interface Challenge isn’t all about keyboards. There’s plenty of examples, and one of the greatest is [Bruno Laurencich]’s Motion Capture system that you can build yourself. This build began with a desire to make a digital performance with a dancer on stage. This obviously requires a motion capture suit, but they’re expensive. None were available at a reasonable price.

That didn’t matter to [Bruno], and where there’s a will, there’s a way. This motion capture outfit is built out of several MEMS IMU devices, all strung together to a master control unit. With a few sensor fusion algorithms, the results are acceptable. This means [Bruno] is able to capture the motion of the human body, and render these captures in a Lawnmower Man-like simulation. It’s just about the coolest entry into the Human Computer Interface Challenge, and there are almost two dozen more like it.

The Hackaday Prize isn’t over, though. The Musical Instrument Challenge has just begun. It’s our competition to build the equal of the synthesizer, the electric guitar, or the theremin. If you’ve got the skills to build a machine that makes bleep bloops, we want to see it. We’re really looking forward to the results of this competition, it’s sure to be amazing. Twenty entries from this challenge will each win $1,000 and a shot at the grand prize. There’s still time to win your place among the hardware greats, so start your Hackaday Prize entry now.