This has similar benefits — and drawbacks — to a normal cloud service. Invocation is simple. To get the current weather, for example: 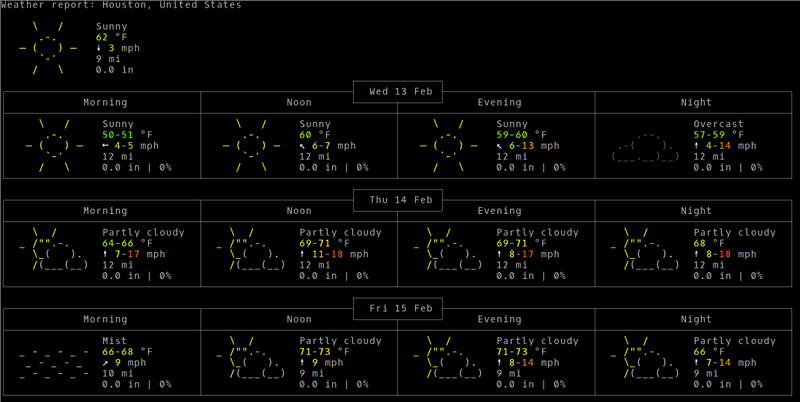 You can, of course, pass arguments to set a different location and other options.

Some of the tools have pretty impressive graphics outputs for console tools. Of course, there’s nothing magic about curl. You can easily use something like wget if you arrange for its output to go to the console.

[Igor] has promised a framework is forthcoming to help create these kinds of services. Honestly, we could just as easily see using any of a dozen other protocols to do the same thing and unless there is a compelling reason to have things on the cloud, we aren’t sure these services are particularly great other than as examples. But we can see using the technique to serve centralized data out to terminal sessions, for example. As an example of what other protocols can do, try this:

[Igor] doesn’t have a monopoly on curl-friendly services like this. Try:

If you are a big fan of the command line, why not put one on your Arduino? If you start juggling lots of commands, maybe checkout Marker.

39 thoughts on “Command Line Utilities… In The Cloud?”