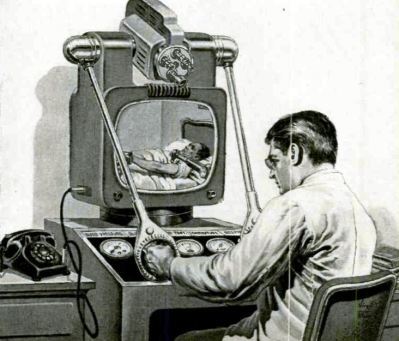 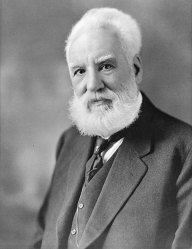 It seems like many new things are written off as fads by the establishment: cars, electricity, TV, smartphones, and telephones were all considered untenable by someone famous enough to matter. For example, apparently, Alexander Grahm Bell offered Western Union’s president the phone patent for $100,000 (a lot of money in 1876). The president’s internal memo on the subject reportedly said, “The idea is idiotic on the face of it. [W]hy would any person want to use this ungainly and impractical device when he can send a messenger to the telegraph office and have a clear written message sent to any large city in the United States.” Why indeed.

On the other hand, Edward Bellamy, a science fiction author, predicted the debit card (and universal income) in 1888. Robert Boyle (the chemist who understood how gasses worked) predicted organ transplantation in the late 1600s. If you look closely at 2001: A Space Odyssey, you’ll see them using what amounts to a tablet computer to read the news and letters from home. Watching it today, it seems completely unremarkable.

However, for the most part, predictions are hit and miss. Even 2001: A Space Odyssey predicted moonbases and shuttles by 2001, which didn’t happen. The video below focuses on fashion for the year 2000 — as it seemed in the year 1939. Most of the predictions are a miss, but we did enjoy the very unusual looking man at the end wearing a phone and a radio.

If you look back over the last few years, what would have surprised you before you saw it? A 32-bit computer with built-in WiFi for a few dollars? Speech recognition that works well enough to be a consumer item? How many things were called big hits that were really fads (say, the Segway) and how many fads were really big hits (cameras on cell phones)? Now look forward to the next 20 years. It is hard to imagine.

We’ve looked at bad predictions in the movies. We’ve also pondered the fate of the smoking robot from the 1930s.

40 thoughts on “Retrotechtacular: Predictions That Just Missed It”