Named after British inventor James Dyson of cyclonic vacuum cleaner fame, the Dyson Awards are presented annually to current and recent students of engineering, industrial design, and product design, regardless of age. Students from 27 countries work alone or in groups to describe their inventions, which are then judged for their inventiveness, the production feasibility of their design, and the overall strength of the entry itself.

Much like our own Hackaday Prize, the Dyson Awards encourage and highlight innovation in all areas of science and technology. Some ideas help the suffering individual, and others seek to cure the big problems that affect everyone, like the microplastics choking the oceans. The Hackaday spirit is alive and well in these entries and we spotted at least one Hackaday prize alum — [Amitabh]’s Programmable Air. I had fun browsing through everything on offer, and you will too. This is a pretty good source of design inspiration. 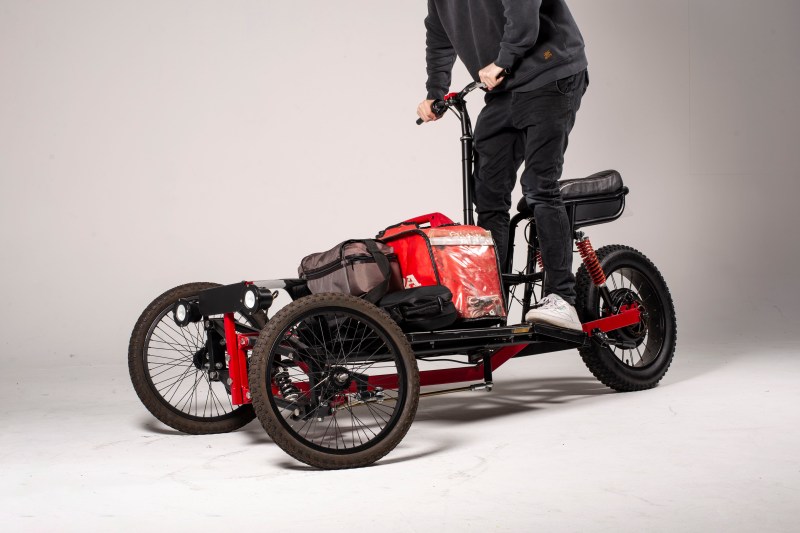 What’s the bottleneck of any delivery system? The last mile, the local loop. Long distance used to cost a fortune because Ma Bell had to pay to run tip and ring out to every farm that wanted a phone line, and that wasn’t cheap. Reverse the problem, and you have delivery trucks of all stripes clogging the urban cores, their flashers blinking in steady robotic apology.

Smaller delivery vehicles are on the rise in New Zealand, but they are slow, a bit unsafe, and handle terribly. Electric Cargo Trike was inspired by tilting sport bikes and has a pivoting shock mount that keeps the front wheels parallel no matter what. The independent three-wheel suspension protects the driver and the goods from speed bumps and other obstacles of the city. This video shows the team’s entire design process from LEGO mock-ups, to bike part prototypes, to final version, which has a 48V, 1000W motor. 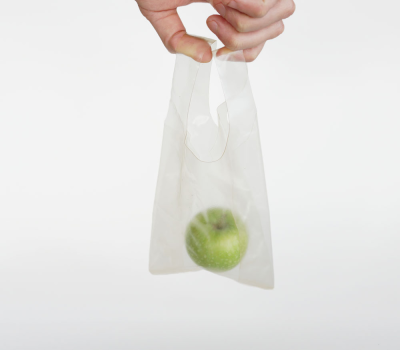 Plastic, once revered for its versatility, has become a discarded six-pack ring that’s choking the environment. While reusable plastic still has its merits, too many applications involve single-use plastics that take eons to biodegrade. MarinaTex is designed to replace single-use plastics in things like the windowed bakery boxes and sandwich wrappers.

MarinaTex is a bioplastic made from a mix of red algae and waste from the fishing industry. Unlike other bioplastics, MarinaTex doesn’t need high heat to biodegrade — it will break down in 4-6 weeks inside a home composter.

Inventor [Lucy Hughes] was looking into ways to reduce waste in the fishing industry, which produces 50 million tons each year. By leveraging the ocean’s own garbage, MarinaTex inspires us to think cyclically when designing things. In other words, one industry’s trash is another industry’s raw material. 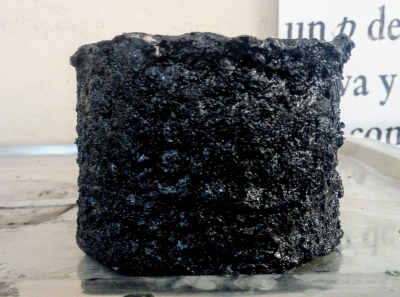 Some of the best inventions stem from making lemonade from the lemons of life. Roads get weaker every time it rains? Time to design a pavement material that uses rainwater to regenerate itself.

The pavement was inspired by concrete that heals itself using bacteria that lies dormant in the mix, waiting for a crack that lets rainwater in.

As rainwater trickles toward the bottom layers of the pavement mixture, it encounters a putty made from old tire rubber and secret additives. The water activates the putty and creates calcium silicates that expand, fortifying the asphalt and making the roads safe from suddenly sinking. 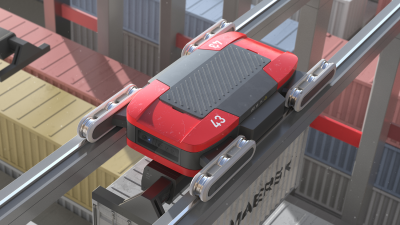 As container ships get larger and larger, the bottlenecks caused by unloading them at established harbors get worse and worse. The ANT system is designed to autonomously unload ships and whisk the containers away.

Using a system of smart, moveable gantries, the ANT container system can pluck containers directly from a ship and either stack them on the dock in a game of robotic 3D Tetris, or deliver them to a nearby warehouse on overhead rails.

The ANT system eliminates the need for many pieces of specialized equipment currently used to pick and place containers. It’s completely modular, so it can be adapted to any existing harbor configuration. 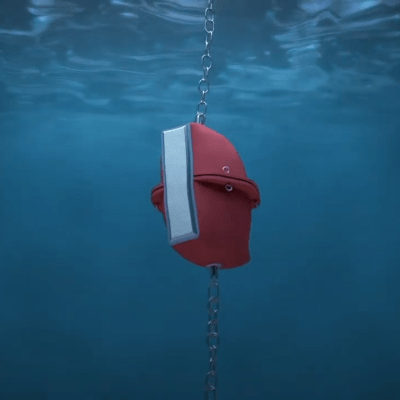 Once upon a time, if an industry needed a gentle abrasive in their product, they used something innocent like pumice or pulverized almonds. Now they are more likely to use microbeads, aka the primary source of ocean-clogging microplastics.

YUNA is submerged buoy that filters the tiniest of microplastics through stages of successively smaller granules of filtering media and captures it for re-use. It moves with the changing sea currents to filter as much microplastic as possible. The ultimate goal is to recycle microplastics by blending them with melted-down plastic bottle caps to create new objects. 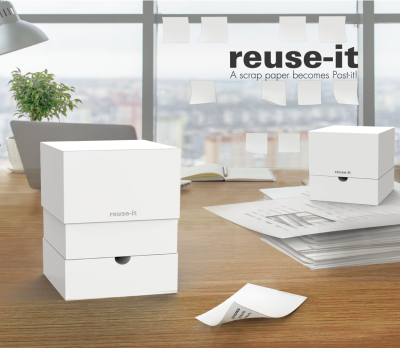 The sticky note is a simple idea that’s well-executed. The only problem is that even though they are largely made from recycled paper, buying and using them still creates waste.

The makers of Reuse-it have a simple plan: make your own sticky notes from the raw material of your office recycling box.  The only way it could be more useful is if it could somehow turn those TPS reports into halfway decent coffee.

Just open the lid and insert the scrap paper, clean side up. Push down on the top, and Reuse-it cuts out a small piece and applies adhesive to the backside in one step. 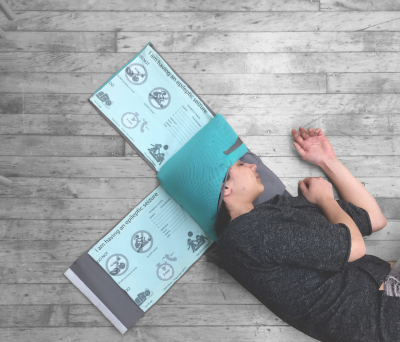 Most epileptics sense when a seizure is coming on. It’s a normal part of epilepsy that can happen anywhere, anytime. When it does, it’s important that they lay on their side with a cushion underneath their head. If the seizure lasts more than five minutes, they need an ambulance. No matter how long it lasts, someone needs to reorient them once the seizure is over.

Cocoon is a portable safe space that does much more than cushion the head. Sensors detect the convulsions and alert a caretaker immediately, giving them GPS coordinates. A pocket made of stretchy mesh keeps the head on the cushion throughout the convulsions. At three minutes, Cocoon calls an ambulance, but will abort the call and alert the caretaker if it senses the patient is no longer laying down. 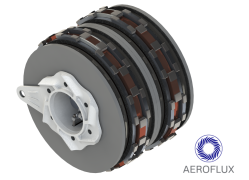 One of the biggest sources of waste in aeronautics are the brake pads. On commercial planes, they last a year at most. Airplane brakes are a lot like the ones on your car — friction-based dampers that actively grind against the rotors and get eaten up in the process.

Trains, on the other hand, have eddy current braking systems that use opposing magnetic fields to slow the roll. These friction-less brakes would be ideal for planes, except they require enormous electromagnets that weigh a ton. Aeroflux contact-less brakes use a distributed magnetic field designed to maximize eddy currents, bringing planes to a stop quickly and effectively.

The national winners and runners-up from each country were announced on September 19th. But there’s still one grand prize winner yet to be announced who stands to win $35,000, plus another $5,500 for their university. Check the Dyson Awards site November 14th to see the winner, chosen by Sir James Dyson himself. That happens to be just two days before we announce the grand prize winner of the 2019 Hackaday Prize live from Supercon on November 16th at  — follow along on our YouTube channel broadcast of the ceremony beginning at 7pm Pacific time (UTC-8).

32 thoughts on “The Dyson Awards Definitely Do Not Suck”