Nowadays, we still rely on medical records to tell when our last vaccinations were. For social workers in developing countries, it’s an incredibly difficult task especially if there isn’t a good standard in place for tracking vaccinations already.

A team at the Massachusetts Institute of Technology may be providing a solution – they’ve developed a safe ink to be embedded into the skin alongside the vaccine, only visible under a special light provided by a smartphone camera app. It’s an inconspicuous way to document the patient’s vaccination history directly into their skin and low-risk enough to massively simplify the process of maintaining medical records for vaccines.

The tatoo is made up of tiny quantum dots – semiconductor crystals that reflect light – that glow under infrared light. The pattern is delivered using dissolving microneedles made up of polymers and sugar. While the solution remains in the proof-of-concept stage, the researchers were successfully able to detect patterns embedded into the skins of rats nine months after the initial injection. On human cadavers, the patterns remained identifiable after five years of simulated sun exposure.

This could certainly mean new possibilities for decentralized information delivery and storage. Alongside biodegradable implants and power pills, we could be looking at an exciting frontier for biohacking. 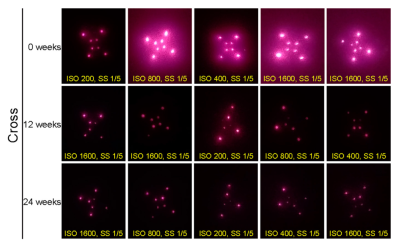