Join us on Wednesday, February 5 at noon Pacific for the Keeping Ham Radio Relevant Hack Chat with Josh Nass!

It may not seem like it, but amateur radio is fighting a two-front war for its continued existence. On the spectrum side, hams face the constant threat that the precious scraps of spectrum that are still allocated to their use will be reclaimed and sold off to the highest bidder as new communication technologies are developed. On the demographic side, amateur radio is aging, with fewer and fewer young people interested in doing the work needed to get licensed, with fewer still having the means to get on the air.

Amateur radio has a long, rich history, but gone are the days when hams can claim their hobby is sacrosanct because it provides communications in an emergency. Resting on that particular laurel will not win the hobby new adherents or help it hold onto its spectrum allocations​, so Josh Nass (KI6NAZ) is helping change the conversation. Josh is an engineer and radio amateur from Southern California who runs Ham Radio Crash Course​, a YouTube channel dedicated to getting people up to speed on ham radio. Josh’s weekly livestreams and his video reviews of ham radio products and projects show a different side of the World’s Greatest Hobby, one that’s more active (through events like “Summits on the Air​​”) and focused on digital modes that are perhaps more interesting and accessible to new hams.

Join us on the Hack Chat as we discuss how to make ham radio matter in today’s world of pervasive technology. We’ll talk about the challenges facing amateur radio, the fun that’s still to be had on the air even when the bands are dead like they are now (spoiler alert: they’re not really), and what we can all do to keep ham radio relevant.

Our Hack Chats are live community events in the Hackaday.io Hack Chat group messaging. This week we’ll be sitting down on Wednesday, February 5 at 12:00 PM Pacific time. If time zones have got you down, we have a handy time zone converter. 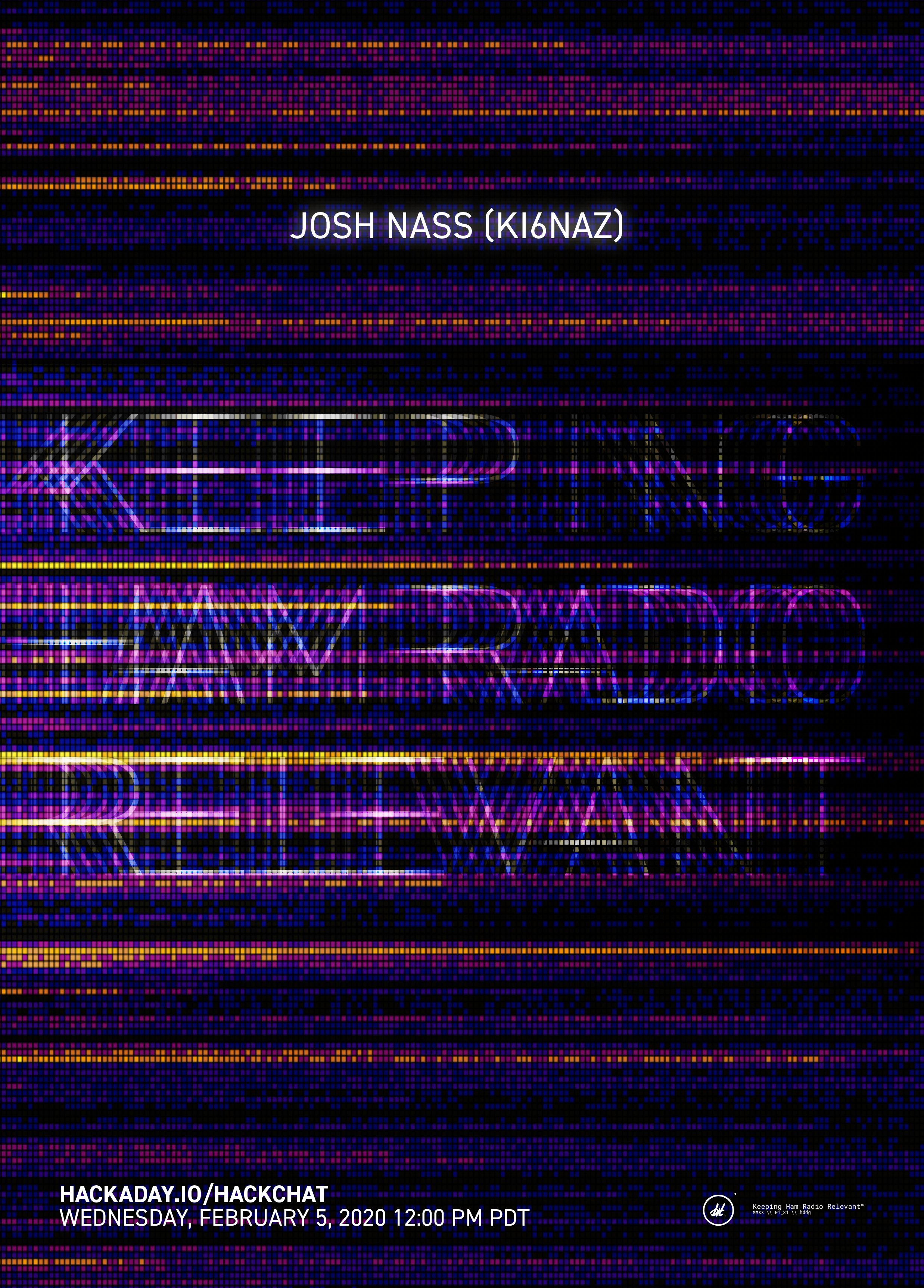