The basic definition of portable code is code that is not bound or limited to a particular hardware platform, or subset of platforms. This means that there shall be no code that addresses specific hardware addresses or registers, or which assumes specific behavior of the hardware. If unavoidable that such parameters are used, these parameters are to be provided as external configuration data, per target platform.

Here, the hal.h header file would be implemented for each target platform — providing the specialized commands for that particlular hardware. The file for each platform will contain these two functions. Depending on the platform, this file might use a specific hardware timer for the wait_msec() function, and the addr_write() function would use a memory map containing the peripheral registers and everything else that should be accessible to the application.

When compiling the application for a specific target, one could require that a target parameter be provided in the Makefile, for example:

This way the only thing needed to compile for a specific target is to write one specialized file for said target, and to provide the name of that target to the Makefile.

The previous section is most useful for bare metal programming, or similar situations where one doesn’t have a fixed API to work with. However, software libraries defining a fixed API that abstracts away underlying hardware implementation details is now quite common. Known as a Hardware Abstraction Layer (HAL), this is a standard feature of operating systems, whether a small (RT)OS or a full-blown desktop or distributed server OS.

At its core, a HAL is essentially the same system as we defined in the previous section. The main difference being that it provides an API that can be used for other software, instead of the HAL being the sole application. Extending the basic HAL, we can add features such as the dynamic loading of hardware support, in the form of drivers. A driver is essentially its own little mini-HAL, which abstracts away the details of the hardware it provides support for, while implementing the required functions for it to be called by the higher-level HAL.

Generally speaking, using an existing or a custom HAL is highly advisable, even when targeting a single hardware platform. The thing is that even when one writes the code for just a single microcontroller, there is a lot to be said for being able to take the code and run it on a HAL for one’s workstation PC in order to use regular debugging and code analysis tools, such as the Valgrind suite.

An important consideration along with the question of “will my code run?” is “how efficient will it be?”. This is especially relevant for code that involves a lot of input/output (IO) operations, or intense calculations or long-running loops. Theoretically there is no good reason why the same code should not run just as well on a 16 MHz AVR microcontroller as on a 1.5 GHz quad-core Cortex-A72 System-on-Chip system.

Practically, however, the implications go far beyond mere clock speed. Yes, the ARM system will obliterate the raw performance results of the AVR MCU, but unless one puts in the effort to use the additional three cores, they’ll just be sitting there, idly. Assuming the target platform has a compiler that supports the C++11 standard, one can use its built-in multithreading support (in the <thread> header), with a basic program that’d look like this:

As said, this code will work with any C++11-capable compiler that has the requisite STL functionality. Of course, the major gotcha here is that in order to have multithreading support like this, one needs to have a HAL and scheduler that implements such functionality. This is where the use of a real-time OS like FreeRTOS or ChibiOS can save you a lot of trouble, as they come with all of those features preinstalled.

If you do not wish to cram an RTOS on an 8-bit MCU, then there’s always the option to use the RTOS API or the bare metal (custom) HAL mentioned before, depending on the target. It all depends on just how portable and scalable the code has to be.

The aforementioned Cortex-A72 is an out-of-order design, which means that the code generated by the compiler will get reshuffled on the fly by the processor and thus can be executed in any order. The faster and more advanced the processor gets which one executes the code on, the greater the number of potential issues. Depending on the target platform’s support, one should use processor atomics to fence instructions. For C++11 these can be found in the <atomic> header in the STL. 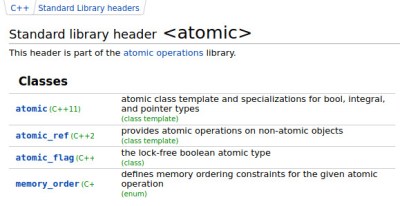 Though mutexes, spinlocks, rw-locks and kin were more commonly used in the past to handle such critical operations, the move over the past decades has been towards lock-free designs, which tend to be more efficient as they work directly with the processor and have very little overhead, unlike mutexes which require an additional state and set of operations to maintain.

After HAL, the OS Abstraction Layer

One of the awesome things about standards is that one can have so many of them. This is also what happened with operating systems (OSes) over the decades, with each of them developing its own HAL, kernel ABI (for drivers) and application-facing API. For writing drivers, one can create a so-called glue layer that maps the driver’s business logic to the kernel’s ABI calls and vice versa. This is essentially what the NDIS wrapper in Linux does, when it allows WiFi chipset drivers that were originally written for the Windows NT kernel to be used under Linux.

For userland applications, the situation is similar. As each OS offers its own, unique API to program against, it means that one has to somehow wrap this in a glue layer to make it work across OSes. You can, of course, do this work yourself, creating a library that includes specific header files for the requested target OS when compiling the library or application, much as we saw at the beginning of this article.

It is, however, easier is to use one of the myriad of existing libraries that provide such functionality. Here GTK+, WxWidgets and Qt have been long-time favorites, with POCO being quite popular for when no graphical user interface is needed.

Depending on the project, one could get away with running the exact same code on everything from an ESP8266 or STM32 MCU, all the way up to a high-end AMD PC, with nothing more than a recompile required. This is a strong focus of some of my own projects, with NymphCast being the most prominent in that regard. Here the client-side controller uses a remote procedure call (RPC) library: NymphRPC. 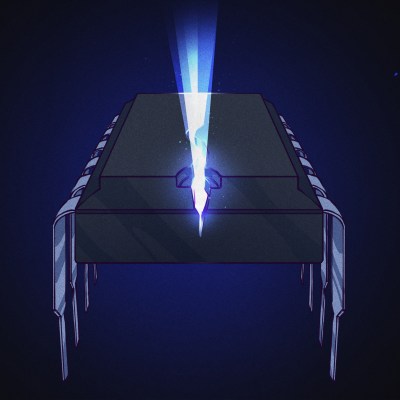 Since NymphRPC is written to use the POCO libraries, the former can run on any platform that POCO supports, which is just about any embedded, desktop, or server OS. Unfortunately, POCO doesn’t as of yet support FreeRTOS. However, FreeRTOS supports all the usual multithreading and networking APIs that NymphRPC needs to work, allowing for a FreeRTOS port to be written which maps those APIs using a FreeRTOS-specific glue layer in POCO.

After this, a simple recompile is all that’s needed to make the NymphCast client software (and NymphRPC) run on any platform that is supported by FreeRTOS, allowing one to control a NymphCast server from anything from a PC to a smartphone to an ESP8266 or similar network-enabled MCU, without changes to the core logic.

The Future is Bright (on the CLI)

Though the C++ standard unfortunately missed out on adding networking support in the C++20 standard, we may still see it in C++23. With such functionality directly in the language’s standard library, having C++23 supporting compilers for the target platforms would mean that one can take the same code and compile it for FreeRTOS, Windows, Linux, BSD, MacOS, VxWorks, QNX and so on. All without requiring an additional library.

Of course, the one big exception here is with GUI programming. Networking for example has always stuck fairly close to Berkeley-style sockets, and multithreading is fairly consistent across implementations as well. But the graphical user interfaces across OSes and even between individual window managers for XServer and Weyland on Linux and BSD are very different and very complicated.

Most cross-platform GUI libraries do not bother to even use those APIs for that reason, but instead just create a simple window and render their own widgets on top of that, sometimes approximating the native UI’s look and feel. Also popular is to abuse something like HTML and use that to approximate a GUI, with or without adding one’s own HTML rendering engine and JavaScript runtime.

Clearly, GUIs are still the Final Frontier when it comes to cross-platform development. For everything else, we have come a long way.