In a sea of home automation devices that are paying for themselves by spying on you in order to allow multinational monopolies to exert yet more control over your buying and browsing habits or subvert warrant requirements by providing video surveillance to police departments, the Wink Hub was a refreshingly privacy-preserving device that was sold for a one-time price.

But it looks like they fell into what we’ve called the IoT Trap: the company offers a device that relies on cloud services to back it up, misjudges the expense in keeping the back-end infrastructure running, and either shutters the device or has to try to get money some other way to keep the lights on and the investors satisfied.

The writing has been on the wall for Wink for a while now. This particularly prescient writeup summed it up nicely: “The company doesn’t offer any monthly subscription for the service its hubs depend on…if a company is dependent on hardware sales for revenue and that hardware does not exist, then what future can that company have?” Well, now you have a monthly subscription fee. Will that pay the bills going forward?

I’m sure that Wink Hub owners are feeling a little blue, if not bitter, right now. After all, getting a $5 per month bill for something that you thought was free, attached with a threat to just turn it off if you don’t cough up, seems tantamount to extortion. That’s because there are no alternative services, you must either pay Wink to use their service or your hardware will cease to function. (I assume that their lawyers have done their research and that it’s allowed within the terms and conditions — it only feels extortionary.)

Compare this with the experience of Nest/Google/Alphabet’s past hub, the Revolv. Sold with a “lifetime guarantee” of service, the lifetime in question was that of the product line rather than the owner, and that was significantly shorter than many expected. When faced with a PR nightmare, and under pressure of an investigation by the FTC (PDF), Alphabet/Google generously refunded folks their money. But the Revolv was no longer the central hub that original customers had wanted.

Smaller companies may not have deep pockets for similar largesse. Sonos tried to get users to scrap their speakers voluntarily. TCP shut down all of their IoT devices a few years back, rendering a ton of lower-priced connected lightbulbs useless. Best Buy’s IoT offerings went the way of the dodo six months ago.

Wink Labs is probably also in this category, and their options may not include refunding everyone, so this means they must charge more money or call it quits. At least this lets the Hub owners decide if it’s worth it to them to continue to pay for the device in perpetuity. But if you look at the cost of owning one of these for the next ten years, you’re talking something north of $400, discounted with today’s low interest rates.

Which brings us back to the IoT Trap. If Wink knew upfront that they would need the equivalent of a $5 monthly fee to support the hub, they should have originally priced it at $450 or more instead of $70. (And we thought the $300 Revolv was expensive!) We wonder how the same marketing team could come up with these essentially incomparable figures only a few years apart. 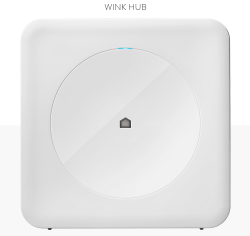 So here comes the “Ask Hackaday”. What should Wink Labs do here? They probably can’t refund folks, so they’re left with bricking all the devices or charging a monthly fee. The first choice is tantamount to just calling it quits, and the latter feels extortionary. Those of you who own their hubs, which path would you rather they follow?

How could they have ended up in this position in the first place? And what other firms stuck in IoT traps do you see out there? What’s going to be the next Wink hub?

This being Hackaday, we honestly hope for a third option: Wink open-sources the software, allowing tech-savvy customers to host their own local servers. If it’s truly the software and hosting costs that are killing them, and they’re profitable on the hardware as a standalone, this would be a win for everyone. We won’t hold our breath, but if too few people take them up on their service contract, or the FTC steps in on behalf of consumers here, this current chapter won’t be the end of the Wink saga.

Thanks to [Hagan Walker] for pointing us to the Wink story!

142 thoughts on “Ask Hackaday: Wink Hubs, Extortion As A Service?”