We loved it a few weeks ago when an international team of hackers managed to record and decode telemetry and images from SpaceX launches. And now it looks like SpaceX has started encrypting it all in response. Booo!

Decoding satellite and other space ship transmissions has been a great hacker pastime. Most recently, we’ve seen a group working on listening in to the Chinese Tianwen-1 Mars probe shortly after its launch, but listening to the Deep Space Network or even just decoding weather satellite broadcasts can give folks a reason to stretch their radio muscles.

We understand that SpaceX runs some contract missions for US gov’t agencies that don’t appreciate leaking info about their satellite’s whereabouts, but for non-secret missions, we don’t see the harm in letting the amateurs listen in over their shoulder. Maybe they’re doing it for PR reasons if/when something goes badly wrong? 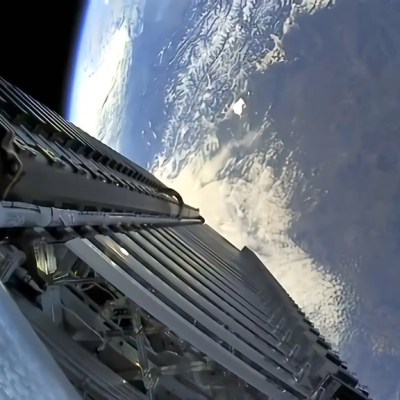 Whatever the reasons, it’s a shame. Space has been open to hackers for a long time, knowingly in the case of amateur satellites, and unknowingly in the case of many other satellites which until the mid-90s had command channels that were unencrypted. (I’ll have to stick with “unnamed sources” on this one, but I do know a person who has rotated a satellite that he or she didn’t own.) There’s a lot to be learned by listening to signals from above, and while you can still decode weather satellite data yourself, it’s not quite as sexy as downloading images straight from a Falcon 9.

The cool hand for SpaceX to have played would have been to say “of course — we broadcast unencrypted as PR to our biggest fans” but it looks instead like they simply didn’t think that anyone would be listening in, and this caught them by surprise and they panicked. In 2021, with something as complicated as a space mission, that’s a little bit embarrassing. Anyway, to those of you who managed to get in before encryption, kudos!

21 thoughts on “The Last Days Of The Wild West”