Well, it looks like those fetus fields from The Matrix (1999) just became a little bit more plausible. Although people-growing is probably a long way off, mice can now mostly develop inside an artificial uterus (try private window if you hit a paywall) thanks to a breakthrough in developmental biology. So far, the mice can only be kept alive halfway through gestation. There’s a point at which the nutrient formula provided to them isn’t enough, and they need a blood supply to continue growing. That’s the next goal. For now, let’s talk about that mechanical womb setup.

The mechanical womb was developed to better understand how various factors such as gene mutations, nutrients, and environmental conditions affect murine fetuses in development. Why do miscarriages occur, and why do fertilized eggs fail to implant in the first place? How exactly does an egg explode into 40 trillion cells when things do work out? This see-through uterus ought to reveal a few more of nature’s gestational secrets. 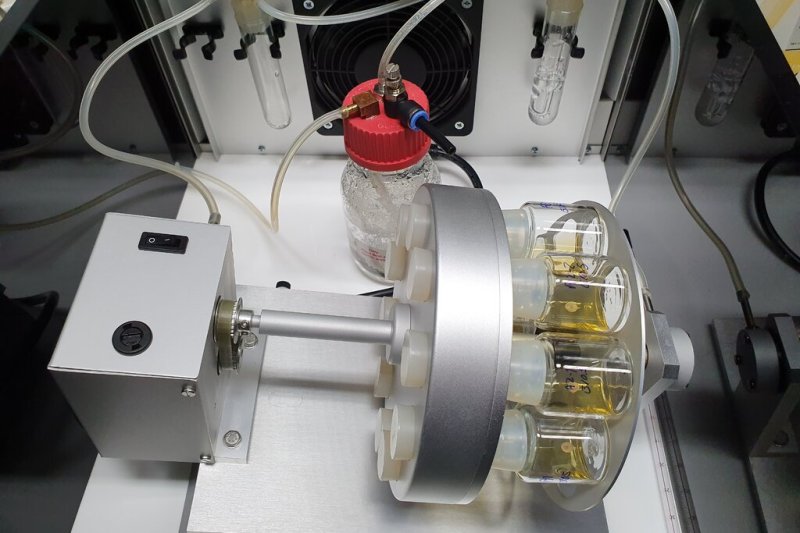 Dr. Jacob Hanna of Israel’s Weizmann Institute spent seven years building the two-part system of incubators, nutrients, and ventilation. Each mouse embryo floats in a glass jar, suspended in a concoction of liquid nutrients. A carousel of jars slowly spins around night and day to keep the embryos from attaching to the sides of the jars and dying. Along with the nutrient fluid, the mice receive a carefully-controlled mixture of oxygen and carbon dioxide from the ventilation machine. Dr. Hanna and his team have grown over 1,000 embryos this way.

Full gestation in mice takes about 20 days. As outlined in the paper published in Nature, Dr. Hanna and team removed mouse embryos at day five of gestation and were able to grow them for six more days in the artificial wombs. When compared with uterus-grown mice on day eleven, their sizes and weights were identical.  According to an interview after the paper was published, the team have already gone even further, removing  embryos right after fertilization on day zero, and growing them for eleven days inside the mechanical womb. The next step is figuring out how to provide an artificial blood supply, or a more advanced system of nutrients that will let the embryos grow until they become mice.

Here’s the most interesting part: the team doesn’t necessarily have to disrupt live gestation to get their embryos. New techniques allow embryos to be created from murine connective tissue cells called fibroblasts without needing fertilized eggs. Between this development and Dr. Hanna’s carousel of care, there would no longer be a need to fertilize eggs merely to destroy them later.

It’s easy to say that any and all animal testing is unethical because we can’t exactly get their consent (not that we would necessarily ask for it). At the same time, it’s true that we learn a lot from testing on animals first. Our lust for improved survival is at odds with our general empathy, and survival tends to win out on a long enough timeline. A bunch of people die every year waiting for organ transplants, and scientists are already growing pigs for that express purpose. And unlocking more mysteries of the gestation process make make surrogate pregnancies possible for more animals in the frozen zoo.

In slightly more unnerving news, some have recently created embryos that are part human and part monkey for the same reason. Maybe this is how we get to planet of the apes.

40 thoughts on “Mice Develop Inside An Artificial Womb”