Game developer and eternal learner [David Tucker] just posted a project where he’s making linear flexures on a 3D printer. Tinkerer [Tucker] wanted something that would be rigid in five of the six degrees of freedom, but would provide linear motion along one axis. In this case, it is for a pen or knife on a CNC flatbed device. [David]’s design combines the properties of a 1-dimensional flexure and a spring to give a constant downward force. Not only is this an interesting build in and of itself, but he gives a good explanation and examples of more traditional flexible constructs. He also points out this site by MIT Precision Compliant Systems Lab engineer [Marcel Thomas] which provides a wealth of information on flexures.

[David]’s experiments showed that leaf-spring-like segments with a thickness of 0.4 mm provided the desired amount of force. We’re not sure how many iterations were required to arrive at this number — perhaps those mechanically inclined readers can offer up equations to predict the spring force ahead of time for a particular geometry. Even though printing springs of a precise force may be trial and error, at least 3D printers are good at making precise and repeatable thin-walled structures. Also note that since the spring force only needs to act in one direction, pushing into the paper or other working material, the spring design is asymmetric. 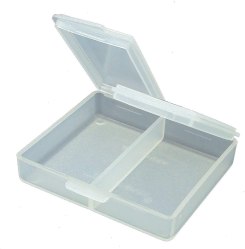 This approach is basically a living hinge of sorts, so there could be some longevity issues. On the other hand, yours truly has a small Tupperware pocket stamp container that’s well over 20 years old whose living hinge has yet to fail, so maybe they aren’t such a bad thing if done right. We wrote about 3D printing of living springs before. Our writeup last year on the Martian helicopter Ingenuity has a good picture of flexures, metal not plastic, which are integrated into its landing gear / legs. Do you have any project which have used flexures like this?

12 thoughts on “Print Your Own Flexures”