Since the Apollo 17 crew returned from the Moon in 1972, human spaceflight has been limited to low Earth orbit (LEO). Whether they were aboard Skylab, Mir, the Space Shuttle, a Soyuz capsule, or the International Space Station, no crew has traveled more than 600 kilometers (372 miles) or so from the Earth’s surface in nearly 50 years. Representatives of the world’s space organizations would say they have been using Earth orbit as a testing ground for the technology that will be needed for more distant missions, but those critical of our seemingly stagnated progress into the solar system would say we’ve simply been stuck.

Many have argued that the International Space Station has consumed an inordinate amount of NASA’s time and budget, making it all but impossible for the agency to formulate concrete plans for crewed missions beyond Earth orbit. The Orion and SLS programs are years behind schedule, and the flagship deep space excursions that would have utilized them, such as the much-touted Asteroid Redirect Mission, never materialized. The cracks are even starting to form in the Artemis program, which appears increasingly unlikely to meet its original goal of returning astronauts to the Moon’s surface by 2024.

But with the recent announcement that NASA will be splitting the current Human Exploration and Operations Mission Directorate into two distinct groups, the agency may finally have the administrative capacity it needs to juggle their existing LEO interests and deep space aspirations. With construction of the ISS essentially complete, and the commercial spaceflight market finally coming together, the reorganization will allow NASA to start shifting the focus of their efforts to more distant frontiers such as the Moon and Mars.

The Space Operations Mission Directorate (SOMD) will oversee existing and future operational programs in low Earth orbit. In the immediate sense, that means the ISS as well as the commercial crew and cargo missions that support it. Crewed lunar operations would also fall under the purview of the SOMD, but only once they have moved into their operational phase.

Critically, SOMD will also be tasked with assisting in the commercialization of LEO. That could include everything from managing the logistics of civilian missions like the recent Inspiration 4 flight, to making it easier for researchers to get their experiments onto the ISS. If all goes according to plan, the department will also be in charge of the commercial expansions that are currently being considered for the ISS, which would leverage the Station’s existing systems to help kick-start the development of its eventual replacement.

Ultimately NASA is looking to transition from taking an active roll in the development of low Earth spacecraft, and instead use its collected data and experience to provide logistical support for commercial operators to take its place. This has been their stated goal for many years, but only recently, with the rise of New Space companies like SpaceX, has it actually been within reach. Just as NASA now pays to fly their astronauts and cargo on commercially developed and operated rockets rather than maintaining their own vehicle, the space agency would like to one day simply book lodging for their astronauts on a commercial space station.

The goals of the Space Operations Mission Directorate are essentially identical to that of the previous Human Exploration and Operations Mission Directorate, minus the tacked-on deep space responsibilities. SOMD will even be helmed by Kathy Lueders, the same person that was previously overseeing all of NASA’s human spaceflight programs. In a way, the establishment of this new directorate could be seen not as a dramatic operational shift, but as a way to take some of the workload off of Lueders.

To better tackle the challenges of expanding humanity’s presence in the solar system, the new Exploration Systems Development Mission Directorate (ESDMD) will concern itself only with the missions, programs, and hardware that operate beyond low Earth orbit. As of right now that means the agency’s troubled Space Launch System (SLS) megarocket, the Orion crew capsule, and the totality of the Artemis lunar program. Looking ahead, the ESDMD would be responsible for taking the experience gained on and around the Moon and adapting it towards a crewed mission to Mars sometime in the 2030s. 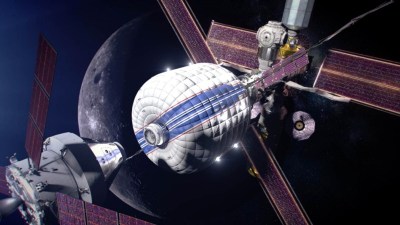 NASA has selected James Free to head the ESDMD, an experienced engineer who got his start working on propulsion systems at Goddard Space Flight Center in 1990. He supported the development of the Orion capsule in several positions, and served as overall manager for the Orion Service Module.

He was eventually promoted to Director of the Glenn Research Center, and finally to Deputy Associate Administrator for Technical in the human spaceflight division, before retiring from the agency in 2017. Since then, he has worked as an aerospace consultant in the private sector.

By bringing Free back from retirement to head the ESDMD, NASA is banking on his considerable first-hand experience with deep space hardware to help guide the decision making process for SLS, Orion, and the lunar Human Landing System. On the other hand, some in the industry have already expressed concerns that he lacks the experience with commercial spaceflight that Kathy Lueders has developed over the last several years.

The Space Operations Mission Directorate represents the part of NASA that simply wants to be one passenger of many, performing LEO research as cheaply and safely as possible by virtue of vibrant commercial competition. On the other end of the spectrum, the Exploration Systems Development Mission Directorate better represents the derring-do space agency of old that broke new ground at every turn and put astronauts on the Moon.

Of course, until there’s fresh boot prints on the lunar surface, it’s all just politics. Only time will tell if this administrative restructuring is enough to rekindle the type of passion that led the agency through the Apollo years. But one thing is for sure: separated from the banality of LEO, the Exploration Systems Development Mission Directorate will have the freedom to truly commit to deep space exploration in a way that hasn’t been possible for a long time.