You know, it’s hard to believe, but Hackaday Remoticon 2021 is just two weeks away. Every year, we work hard to make the ‘con a little better and brighter than the one before it, and this year is no exception. We’ve already got a star-studded list of keynote speakers, and our list of inspiring talks seems to get longer and more exciting every week. With todays announcement of three more speakers, that list is complete and available along with their scheduled times on the official Remoticon website.

Come and see what we’ve got in store for you on Friday, November 19th and Saturday, November 20th. Remoticon admission is absolutely free this year, unless you want a t-shirt to commemorate the event for a paltry $25. Tickets are still available — in fact, they’ll be available right up until Remoticon Day One on the 19th, but if you want a shirt you’ll need to grab one of those tickets by a week from today. Go get yours now!

Okay, let’s get on to today’s announcement of the speakers!

A Dip Into the Plasmaverse

Plasma isn’t just the stuff in your blood that’s worth more than a stale chocolate chip cookie down at the donation center. It’s the fourth state of matter, and it can be achieved with high voltage, high heat, or strong electromagnetic fields. Does science get any cooler than invisible control over objects? We think not.

Jay Bowles is certainly no stranger to these pages. Who could forget the handheld exciter wand or the time Jay piped power using only water and ball valves? To say that Jay is passionate about plasma physics is an understatement — he believes it is the key to the future.

This high-energy talk is sure to spark your interest, whether it’s the electronic levitation demonstration that involves Jay’s body and 80,000 volts, or the part where Jay gets up close and personal with fire to control and influence it using 100,000 volts, or the bit where he teaches your new favorite winter party trick — drawing in fog and/or mist by merely pointing at it. We’re pretty charged up for this one! 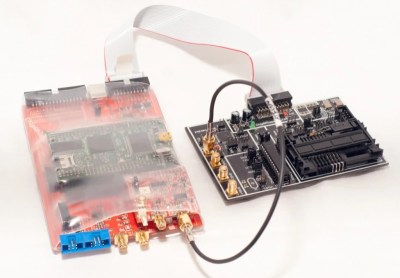 There’s a lot more to hardware hacking than just the 101-level stuff of serial consoles and dumping SPI flash. Although the other stuff may seem daunting at first, Colin O’Flynn’s talk will demystify topics like side channel power analysis and fault insertion.

Far from being some inaccessible lecture, this talk will focus on experimentation along with the tools and basic knowledge required to actually get something going. Colin is going to show how to do it with tools you probably already have, like an oscilloscope, a spare Arduino, and a handful of discrete components.

Colin will be using his own creation, the ChipWhisperer (second prize winner in the inaugural Hackaday Prize), and referencing the Hardware Hacking Handbook, which is a new guide he wrote with Jasper van Woudenberg. Colin will demonstrate where to poke and prod to get that piece of hardware to spill its secrets, and he’ll reveal the locations of some free and/or inexpensive educational info. 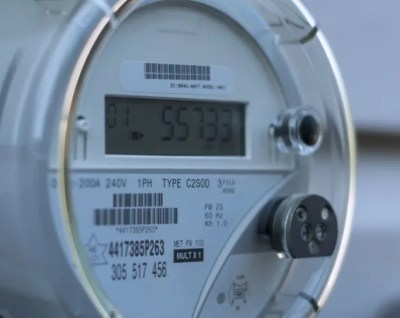 Remember when you’d occasionally see someone traipsing through your yard with a clipboard, because they were coming to read the electromechanical meter? Like so many other things, power meters went smart sometime in the last 25 years.

Hash is reverse-engineering smart power meters, doing everything from demystifying undocumented wireless protocols to dumping the microcontrollers’ firmware. Since these meters are meant to stay in place for a decade or more, that leaves plenty of time to gain a deeper understanding of what’s going on, and how vulnerable all that information criss-crossing the neighborhood may be.

There’s plenty for the community to uncover from these black boxes, since there isn’t much publicly-available information about them. Hash will be presenting his latest research into smart meters and will discuss the tools he uses to reverse engineer them.

This fourth and final round of talks, which brings our total to sixteen, plus our three keynote speakers. We’ve set up a handy site with all the speakers and their subjects so you don’t have to keep sifting through Hackaday articles for conference announcements.

Combine all of this awesomeness with Hacker Trivia, the Bring-A-Hack social hour, and of course, the Hackaday Prize ceremony and closing blowout party, and the weekend is going to be unforgettable! We may even have a few more surprises up our sleeves. Who knows? Don’t wait any longer — go get your ticket!

One thought on “Three More Remoticon Speakers Complete The Lineup”