When we write about drone stories from the United Kingdom, they often have a slightly depressing air to them as we relate tales of unverified air proximity reports closing airports or bungled official investigations that would make the Keystone Kops look like competent professionals. 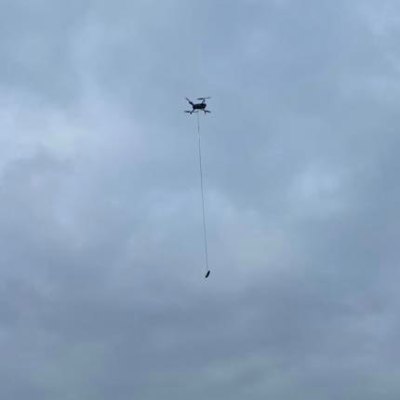 But here’s a drone story from this rainswept isle sure to put a smile on the face of multirotor enthusiasts worldwide, as Denmead Drone Search And Rescue, an organisation who locate missing pets using drones, enticed lost dog Millie from a soon-to-be-engulfed tidal mudflat by the simple expedient of dangling a sausage from a drone for the mutt to follow (Facebook).

Lest you believe that Hackaday have lost their marbles and this isn’t worthy of our normal high standards, let us remind you that this is not our first flying sausage story. Behind the cute-puppy and flying meat product jokes though, there’s a serious side. Drones have received such a bad press over recent years that a good news story concerning them is rare indeed, and this one has garnered significant coverage in the general media. Maybe it’s too late to reverse some of the reputational damage from the Gatwick fiasco, but at this point any such coverage is good news.

For anyone wondering what lies behind this, let us take you back to Christmas 2018.