Arguably one of the most important pieces of software to have in your hardware hacking arsenal is a nice serial terminal emulator. There’s plenty of choice out there, from classic command line tools to flashier graphical options, which ultimately all do the same thing in the end: let you easily communicate with gadgets using UART. But now you’ve got a new choice — instead of installing a serial terminal emulator, you can simply point your browser to the aptly-named serialterminal.com.

Well, maybe. As of this writing it only works on Chrome/Chromium (and by extension, Microsoft Edge), so Firefox fans will be left out in the cold unless Mozilla changes their stance on the whole Web Serial API concept. But assuming you are running the appropriate browser, you’ll be able to connect with your serial gadgets with a simple interface that should be familiar to anyone who’s worked with more traditional terminal software. In a quick test here at the Hackaday Command Center, we were able to bring up the Bus Pirate UI with no problems using Chrome on Linux. 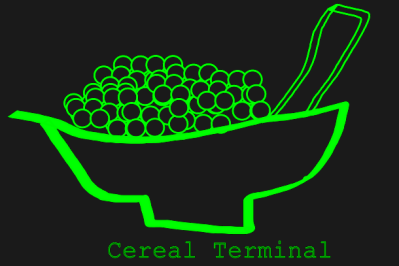 The project comes our way from [Mike Molinari] of Autodrop3D who, unsurprisingly, often finds himself in a position where he needs to talk to 3D printer control boards over USB-to-serial. Since he’s using a Chromebook as his primary device these days, he thought a fast serial terminal emulator that he could use without leaving the browser would make his life a lot easier. With less than 150 lines of code between the HTML, CSS and JavaScript, he was in business. Add in a shiny new domain name, and now we’ve all got a handy tool for hacking on the go.

This isn’t the first hacker-friendly application of the Web Serial API that’s come our way. Last year we featured a web oscilloscope that worked in conjunction with the Logic Green LGT8F328P microcontroller, and more recently the Gabuino platform that provides an STM32 compiler and debugging environment in your browser.