In today’s “predictable things that happened before and definitely will happen again”, Insteon, a smart home company boasting the Insteon ecosystem of devices built around their proprietary communication standards, has shut down their servers without a warning. For almost two decades, Insteon used to offer products like smart light switches, dimmers, relays, various sensors, thermostats – the usual home automation offerings, all linked into a cozy system. Looking through the Insteon subreddit’s history, there were signs of the company’s decline for good half a year now, but things were mostly stable – until about a week ago, when users woke up and noticed that parts of their smart home network stopped working, the mobile app would no longer respond, and the company’s resources and infrastructure went down. What’s more – the C-rank management has scrubbed their LinkedIn profiles from mentioning Insteon and SmartLabs (Insteon’s parent company). 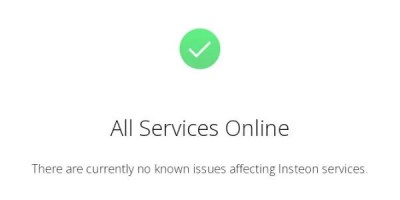 Instantly, the Insteon subreddit has livened up. People, rightfully angry about being literally left in the dark, were looking for answers – as if mocking them, Insteon’s homepage claimed that all services were operational. Others, having expected the shutdown to eventually happen, started collecting and rehosting rapidly disappearing documentation, helping each other keep their tech up in the meantime, and looking into alternative platforms. It turned out to be imperative that users don’t factory reset their Insteon hubs, since those have to communicate with the currently Inste-Gone servers as part of initial configuration, diligently verifying the SSL certificates. Sadly, quite a few users, unaware and going through the usual solutions to make their network function again, are now left with hubs that are essentially bricked, save for a few lucky ones.

A week after the services went down, Insteon released an update that surprised nobody and addressed nothing the users didn’t know already; blaming the pandemic for the company’s financial downfall, and not even offering any solutions for the people impacted the most. Proprietary parts of the ecosystem – code, certificates and documentation – are firmly stuck in the liquidation limbo, and it’s clear that there’s no foreseeable return to normal for people who relied on Insteon to keep their homes functioning.

The users have been moving on, and the smart home platforms, open and closed alike, have been welcoming the Inste-off refugees. HomeAssistant has made an intro putting users at ease and supporting them in their relocation to a different platform. They even currently have a dedicated developer working on improving documentation and software integrations for Insteon – and users are already sharing success stories with their HomeAssistant migration! Other platforms, like HOOBS, OpenHAB and HomeSeer, followed suit. The Raspberry Pi shortages don’t help, and the integrations aren’t perfect, but they appear to be miles ahead of what users expect, and lightyears away from the broken systems they’re stuck with. Of course, moving platforms is not the only problem to be figured out. Why do such things keep happening? Why do we keep returning to the proprietary-technology-backed smart home models?And what should we do differently, so that such scenarios are no longer possible in the future?

Every now and then, yet another smart home system’s infrastructure is shut down, leaving its users stranded, their stack of hardware rendered useless. Even large companies aren’t safe – we’ve seen it with Google-affiliated Revolv in 2016, Charter (known as Spectrum in USA) in 2020, and Samsung’s SmartThings in 2021. When Best Buy shuttered its smart home offerings on a short notice, we had an in-depth conversation about why that happens, and the lessons we are compelled to take away. After all, it’s not just the smart home systems that are prone to this – it’s even devices like prosthetic eyes.

We thank [Andrew] for sharing this with us!