Join Editor-in-Chief Elliot Williams and Assignments Editor Kristina Panos as we cuss and discuss all the gnarliest hacks from the past week. We kick off this episode with a gentle reminder that the Odd Inputs and Peculiar Peripherals Contest ends this Monday, July 4th, at 8:30 AM PDT. We’ve seen a ton of cool entries so far, including a new version of [Peter Lyons]’ Squeezebox keyboard that we’re itching to write up for the blog. 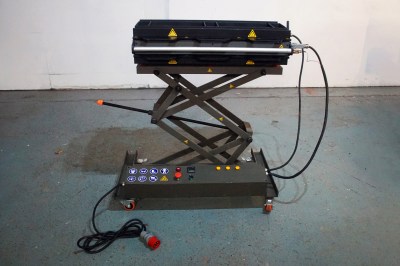 In other contest news, the Round 2 winners of the Reuse, Recycle, Revamp challenge of the 2022 Hackaday Prize have been announced. Elliot is super stoked about [Jason Knight]’s open-source recycled skateboard deck-making apparatus, and Kristina wishes she had the time and money to build some of the fundamental Precious Plastic machines.

Elliot managed to stump Kristina with this week’s What’s That Sound, though she probably should have made a semi-educated guess. From there, it’s on to missing moon rocks and the word of the day before we get into a handful of contest entries, including a mechanical keyboard to end all mechanical keyboards.

This really just scratches the surface of this week’s show, which includes some new hardware stuffed into old, as well as modern implementations of old technology. And in case you didn’t get enough of Kristina’s childhood memoirs, she goes a bit deeper into the teddy bears and telephones rooms of her memory palace.

Direct download, record it to tape, and play it on your boombox.

Interesting Hacks of the Week: