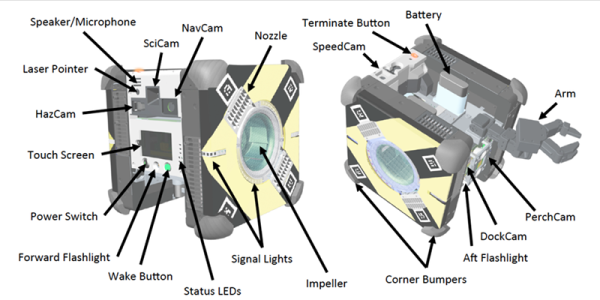 No one loves a good competition more than Hackaday. We run enough to keep anyone busy. But if you have a little spare time after designing your one inch PCB, you might check out the competition to develop a robotic arm for NASA’s Astrobee robot.

Some of the challenges are already closed, but there are quite a few still open for a few more months (despite the published closing date of and these look like great projects for a hacker. In particular, the software architecture and command, data, and power system are yet to start.

But don’t let the $25,000 fool you. That’s spread out over a number of awards for the entire series. Each task has an award that ranges from $250 to $5,000. However, you also have to win that award, of course. If you register, however, you do get a sticker that has flown on the space station.

If you haven’t seen Astrobee, it is a flying robot made to assist astronauts and cosmonauts on the International Space Station. The robot is really a floating sensor platform that can do some autonomous tasks but can also act as a telepresence robot for flight controllers. You might enjoy the second video below if you haven’t seen Astrobee, before.

We covered the Astrobee before. If you’d like to visit the space station yourself, it isn’t quite telepresence, but Google can help you out.