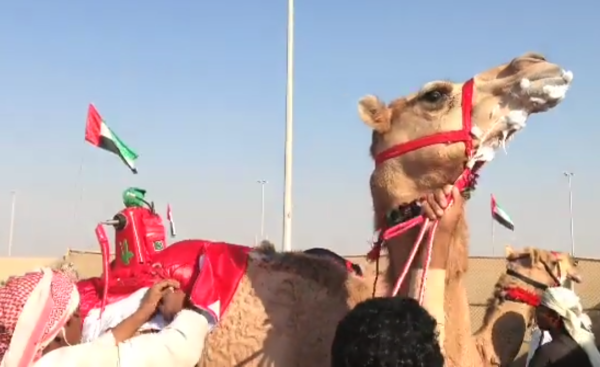 You might think we’re sinking to lowest-common-denominator, click-bait headlines like the rest of the online press. We’re not. The New York Times Video Notebook series has a story on camel racing that you’ve just got to see in the video after the break. 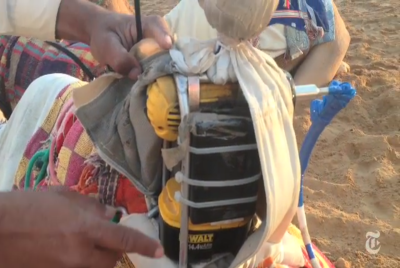 Previously, the camel races in Abu Dhabi had used small children as jockeys because they’re lightweight. Unfortunately, this lead to illegal trafficking of small children, mostly orphans. That won’t do. So they came up with a technological solution.

Strap a cordless drill with a purpose-built whip in the chuck onto the back of your camel. Add a car-remote keyfob to activate, and a two-way radio so that you can shout encouragement into your animal’s ear at just the right times. Now just chase the racers down the highway in an SUV and it’s like you’re there on the camel’s back!

We love the little silk suits that the drillbot-jockeys get to wear, but we’re not sure that cordless drills with walkie-talkies and remote controls count as “robots” really, because they don’t do anything autonomous. We think they’re more accurately described as “telepresence agents”.