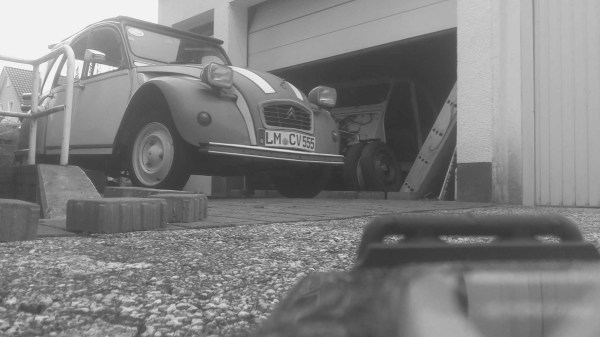 While Mars is currently under close scrutiny by NASA and other space agencies, there is still a lot of exploring to do here on Earth. But if you would like to explore a corner of our own planet in the same way NASA that explores Mars, it’s possible to send your own rover to a place and have it send back pictures and data for you, rather than go there yourself. This is what [Norbert Heinz]’s Earth Explorer robots do, and anyone can drive any of the robots to explore whatever locations they happen to be in.

A major goal of the Earth Explorer robot is to be easy to ship. This is a smaller version of the same problem the Mars rovers have: how to get the most into a robot while having as little mass as possible. The weight is kept to under 500g, and the length, width, and height to no more than 90cm combined. This is easy to do with some toy cars modified to carry a Raspberry Pi, a camera, and some radios and sensors. After that, the robots only need an interesting place to go and an Internet connection to communicate with Mission Control.

[Norbert] is currently looking for volunteers to host some of these robots, so if you’re interested head on over to the project page and get started. If you’d just like to drive the robots, though, you can also get your rover fix there as well. It’s an interesting project that will both get people interested in exploring Earth and in robotics all at the same time. And, if you’d like to take the rover concept beyond simple exploration, there are other machines that can take care of the same planet they explore.