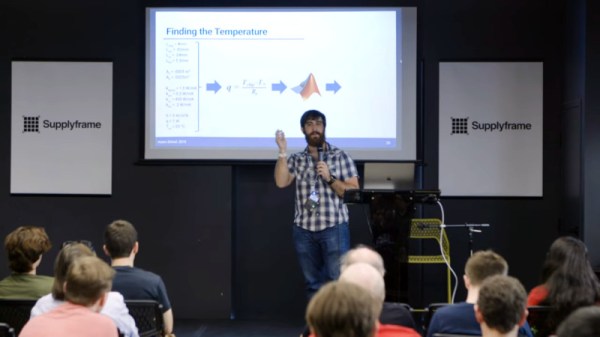 It’s a simple fact that, in this universe at least, energy is always conserved. For the typical electronic system, this means that the energy put into the system must eventually leave the system. Typically, much of this energy will leave a system as heat, and managing this properly is key to building devices that don’t melt under load. It can be a daunting subject for the uninitiated, but never fear — Adam Zeloof delivered a talk at Supercon 2019 that’s a perfect crash course for beginners in thermodynamics.

Adam’s talk begins by driving home that central rule, that energy in equals energy out. It’s good to keep in the back of one’s mind at all times when designing circuits to avoid nasty, burning surprises. But it’s only the first lesson in a series of many, which serve to give the budding engineer an intuitive understanding of the principles of heat transfer. The aim of the talk is to avoid getting deep into the heavy underlying math, and instead provide simple tools for doing quick, useful approximations.