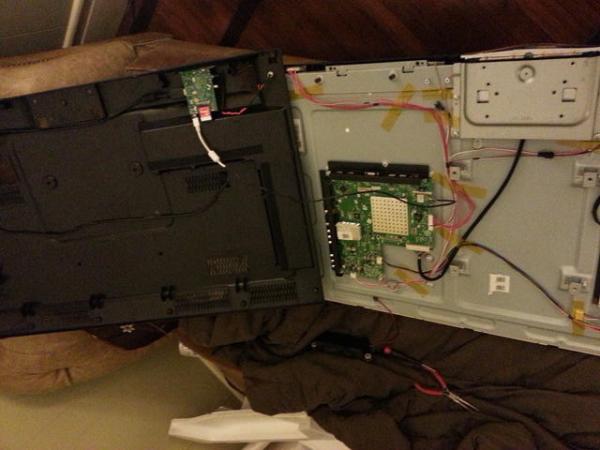 [Tony] decided his “smart” LED TV wasn’t quite smart enough. So he stuffed a Raspberry Pi in it.

Upon opening the case of his 40″ Hisense Smart LED TV, he discovered that the logic board actually had two unused USB pads — what luck! He tapped off of them to get 5V @ 500mA to power the Pi… Later on he realized this wasn’t the ideal solution — when the TV turned off, it cut the Pi’s power too. So he pulled out his multimeter and probed the board, this time finding a 5V source that remained on while the unit was plugged in.

Next up was the placement of the Raspberry Pi. The included speakers on this particular TV weren’t that good, and since [Tony] uses a surround sound system anyway, he decided to make use of their space better. Cutting out the grill and removing the whole assembly left him with more than enough room to store the Pi and mount a 3D printed LAN and USB port cover!

He’s running Raspbmc which lends the TV tons of functionality. If you don’t mind voiding your warranty, this is a great hack!