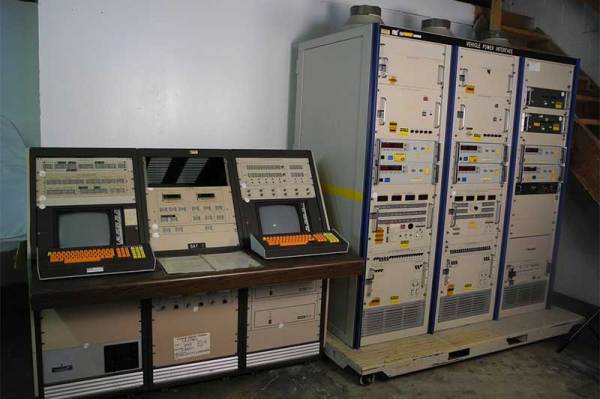 Got $75K spare? Then this is the eBay deal for you! [jvanorsdal] pointed us to this eBay bargain: the VPI Vehicle Power Interface Rack & Console Hubble Space Telescope. This was the actual system used to test the power systems of the Hubble Space Telescope before it was launched, so it’s a genuine piece of space history.

For the price you get two, yes two CRT displays, six HP power supplies and a huge amount of hand-wired history. Even if you aren’t going to bid, it is worth taking a look at the insides of this thing, as it is all hand-soldered and the cable routing is a thing of beauty. I have absolutely no use for this, but I totally want it for my living room. 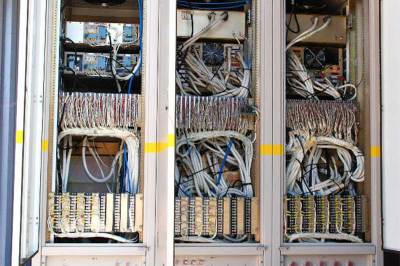 There are a few gotchas, though. Because it is NASA space hardware, you can’t export it to places like Iran, and the shipping cost for the US is a cool $1.5K. Considering the size of the thing, that is not so bad, perhaps: it is built into a three rack metal cabinet with built-in wheels that measures over 7 feet long and weighs over 800 lbs.

Interested? It is on sale for $75k, and there is a handy buy it now button on the site.

We all love space history here at Hackaday. Back in 2019, our own [Tom Nardi] got to spend an evening with the Space Shuttle Atlantis. 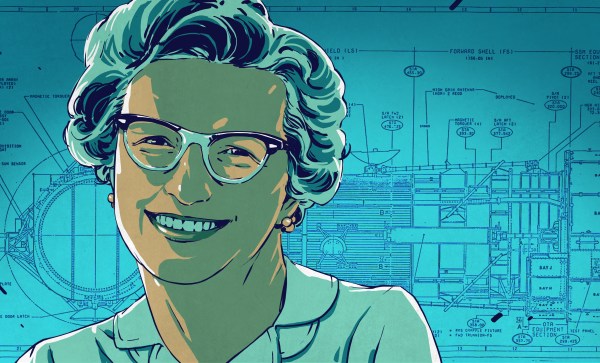 When she was four years old, Nancy Grace Roman loved drawing pictures of the Moon. By the time she was forty, she was in charge of convincing the U.S. government to fund a space telescope that would give us the clearest, sharpest pictures of the Moon that anyone had ever seen. Her interest in astronomy was always academic, and she herself never owned a telescope. But without Nancy, there would be no Hubble.

Nancy was born May 16, 1925 in Nashville, Tennessee. Her father was a geophysicist, and the family moved around often. Nancy’s parents influenced her scientific curiosities, but they also satisfied them. Her father handled the hard science questions, and Nancy’s mother, who was quite interested in the natural world, would point out birds, plants, and constellations to her.

For two years, the family lived on the outskirts of Reno, Nevada. The wide expanse of desert and low levels of light pollution made stargazing easy, and Nancy was hooked. She formed an astronomy club with some neighborhood girls, and they met once a week in the Romans’ backyard to study constellations. Nancy would later reminisce that her experience in Reno was the single greatest influence on her future career.

By the time Nancy was ready for high school, she was dead-set on becoming an astronomer despite a near-complete lack of support from her teachers. When she asked her guidance counselor for permission to take a second semester of Algebra instead of a fifth semester of Latin, the counselor was appalled. She looked down her nose at Nancy and sneered, “What lady would take mathematics instead of Latin?”