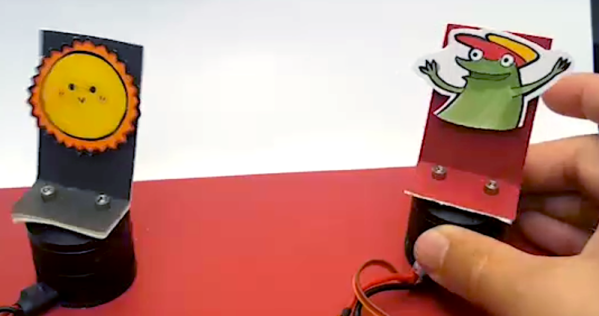 We think of motors typically as pretty dumb devices. Depending on the kind, you send them some current or some pulses, and they turn. No problem. Even an RC servo, which has some smarts on board, doesn’t have a lot of capability. However, there is a new generation of smart motors out that combine the mechanical motor mechanism with a built-in controller. [Bunnie] looks at one that isn’t even called a motor. It is the IQ position module.

Despite the name, these devices are just a brushless DC motor (BLDC) with a controller and an API. There’s no gearing, so backdriving the motor is permissible and it can even double as a motion sensor. The video below shows [Bunnie] making one module track the other using just a little bit of code.