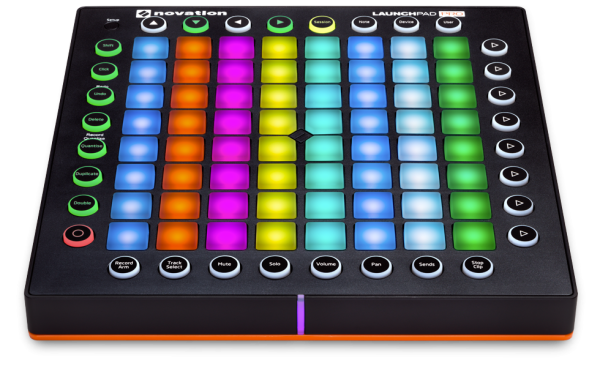 The Novation Launchpad is a MIDI controller, most commonly used with the Ableton Live digital audio workstation. It’s an eight by eight grid of buttons with RGB LED backlights that sends MIDI commands to your PC over USB. It’s often used to trigger clips, which is demonstrated by the artist Madeon in this video.

The Launchpad is useful as a MIDI input device, but that’s about all it used to do. But now, Novation has released an open source API for the Novation Pro. This makes it possible to write your own code to run on the controller, which can be flashed using a USB bootloader. An API gives you access to the hardware, and example code is provided.

[Jason Hotchkiss], who gave us the tip on this, has been hacking around with the API. The Launchpad Pro has a good old 5 pin MIDI output, which can be connected directly to a synth. [Jason]’s custom firmware uses the Launchpad Pro as a standalone MIDI sequencer. You can check out a video of this after the break.

Unfortunately, Novation didn’t open source the factory firmware. However, this open API is a welcome change to the usual closed-source nature of audio devices.