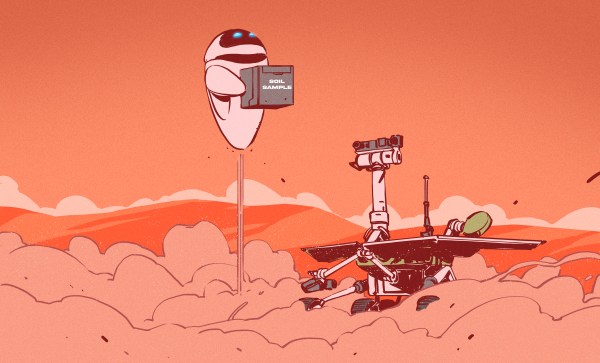 For as long as humans have been sending probes to Mars, there’s been a desire to return rock, soil, and atmosphere samples back to Earth for more detailed analysis. But the physics of such a mission are particularly demanding — a vehicle that could land on the Martian surface, collect samples, and then launch itself back into orbit for the return to Earth would be massive and prohibitively expensive with our current technology.

Instead, NASA and their international partners have been working to distribute the cost and complexity of the mission among several different vehicles. In fact, the first phase of the program is well underway.

The Perseverance rover has been collecting samples and storing them in 15 cm (6 inch) titanium tubes since it landed on the Red Planet in February of 2021. Considerable progress has also been made on the Mars Ascent Vehicle (MAV) which will carry the samples from the surface and into orbit around the planet, where they will eventually be picked up by yet another vehicle which will ultimately return them to Earth.

But there’s still some large gaps in the overall plan. Chief among them is how the samples are to be transferred into the MAV. Previously, the European Space Agency (ESA) was to contribute a small “fetch rover” which would collect the sample tubes dropped by Perseverance and bring them to the MAV launch site.

But in a recent press release, NASA has announced that those plans have changed significantly, thanks at least in part to the incredible success of the agency’s current Mars missions.