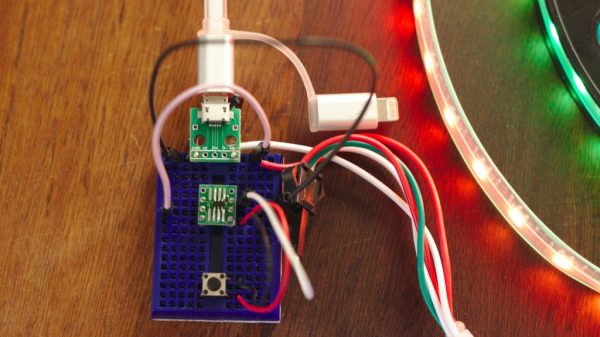 At this point you’d need to have lived underneath a rock somewhere on the dark side of the Moon to not have heard about these amazing, 3-cent microcontrollers. A number of places have pitched in on them, but comprehensive reviews, let alone a full-blown review of the entire ecosystem surrounding these Padauk MCUs have been scarce. Fortunately, [Jay Carlson] has put in a lot of effort to collect everything you could possibly want to know about anything Padauk.

The most important take-away is that these MCUs do not have any kind of communication peripherals. UARTs, I2C, and SPI all have to be done in software. They’re not very great at low-power or battery-powered applications due to high power usage. Essentially you’ll be using GPIO pins a lot. On the other hand, its multi-CPU context, FPPA feature is rather interesting, with the article covering it in detail.

As for the development tools, [Jay] came away very impressed with the In-Circuit Emulation (ICE) instead of running code on an MCU, as this can reduce development times significantly. This makes even the OTP (one-time programmable) property of most Padauk MCUs less significant than one might at first assume.

Then there’s the actual programming of the MCUs. The Micro C compiler Padauk provides essentially implements a sub-set of the C language, with some macros to replace things like for loops. Initially this may seem like a weird limitation, until you realize that these MCUs have 64 to 256 bytes of SRAM. That’s bytes, without any prefixes.

Finally, [Jay] shows off a couple of test projects, including a NeoPixel SPI adapter and bike light, which are all available on Github. The WS2812b project is something we have seen before, for example this project from [Anders Nielsen] (featured in the article image), which provides another take on this range of MCUs.

Did reading [Jay]’s article change your mind on these Padauk parts? Have you used these MCUs and ICE parts before? Feel free to leave your thoughts in the comments.