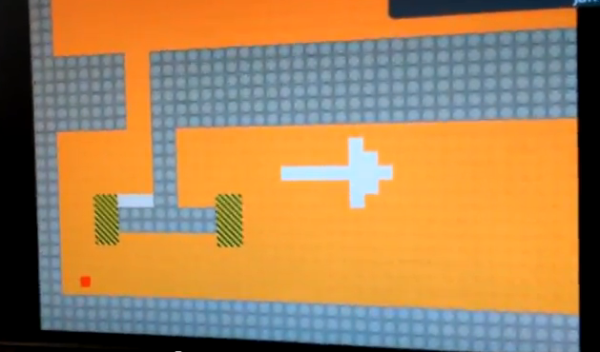 We usually look at these FPGA University projects and think how much fun it must have been to get credit for the work. But in this case we can’t image the grind it must have been to implement the game mechanics of Meat Boy in an FPGA. See how well it came out in the clip after the break.

Remember that with an FPGA you’re basically building hardware devices by using code. The Reddit discussion of the project sheds some light on where to start (and even shares the source code). The Altera DE2 is pushing the game to a monitor using SXGA at 60Hz. The map is laid out as a collection of 32×32 tiles, each represented by 2 bits in memory. [SkipToThe3nd] does go into detail about how the physics work but we can’t even begin to paraphrase that part of the discussion.

The game being cloned here is Meat Boy, the Flash game predecessor to Super Meat Boy. If you’ve never heard of the title we’d suggest watching Indie Game: The Movie, a documentary which follows several independent game developers as they try to get their titles to market.