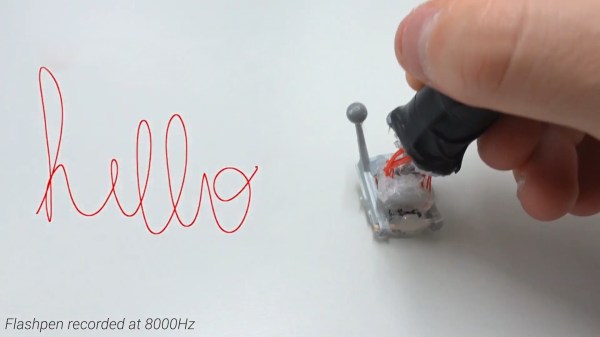 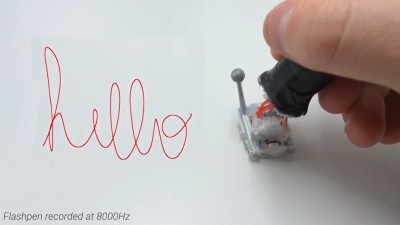 The team show off the device being used in several ways, primarily in VR tasks, but also in simple handwriting and coloring work. It’s a project that could readily be replicated by any eager experimenter by gutting a gaming mouse and getting down to work; our writers will expect six of your submissions by June 1st to the tipsline. Those eager to learn more can check out the project paper, and may also find the team’s TapID technology interesting. Video after the break. END_OF_DOCUMENT_TOKEN_TO_BE_REPLACED