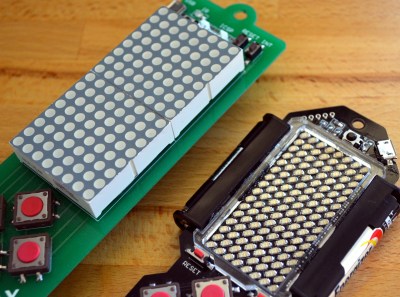 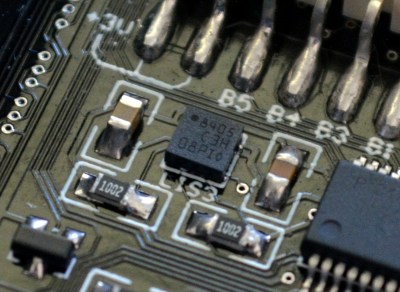 END_OF_DOCUMENT_TOKEN_TO_BE_REPLACED

About four decades ago, many European truck drivers started placing electronic LED badges in their windshields. Most of them were simple; nothing more than an animated heart pierced by an arrow. It became a common distraction in the highway night panorama of that time, at least until it became illegal. Most motorists became accustomed to seeing them, and the idea of the truck drivers making a statement with electronics always stuck with me. Now I have the chance to help people make a similar statement. Conference badges are not just a way to identify those who have registered, but a fashion statement and a mark of pride for conference organizers. They’ve become an art form, and engineers always want to stretch the limits of what is possible.

Every September, we have BalCCon, an international hacker’s conference at Novi Sad, Serbia. I was asked to design a badge for the 2016 event, and this is the first (well, the second) release. It is based on the PIC18LF24K50 and consists of a circle of LEDs which randomly displays pre-defined patterns. Every badge has its own infrared transceiver (LED-receiver pair), so the fun begins when two or more badges spot each other: they go from Adagio to full on Rondo, losing their default, dull visual pattern for a more dynamic, attention grabbing one, but most importantly – they synchronize. This means that, in a group of people, all badges will play the same pattern in unison. Every badge can spread the pattern code, so the whole group, however large, soon becomes synchronized. But if one of them “gets lost” somehow, it will try to learn it back from a neighbor or it might even launch into its own, randomly generated one. Sometimes it manages to spread it further and you get to witness a battle for light show domination.

This isn’t merely a story of designing badges, but of design choices that come in on budget while achieving a look that will delight those who end up wearing the hardware.