[Steve Collins] is a regular around Hackaday. He’s brought homebrew LIDARs to our regular meetups, he’s given a talk on a lifetime’s worth of hacking, and he is the owner of the most immaculate Hackaday t-shirt we’ve ever seen.

For the 2016 Hackaday SuperConference,  [Steve] took a break from his day job of driving spacecraft around the Solar System. As you can imagine, NASA plans on things going wrong. How do you plan for that? [Steve] answers all your questions by telling you what happens when things go wrong in space.

END_OF_DOCUMENT_TOKEN_TO_BE_REPLACED 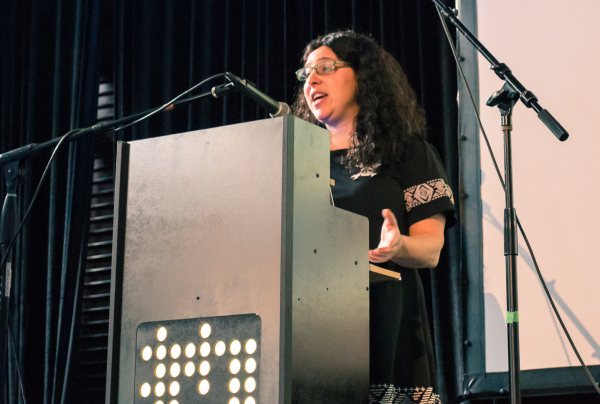 At the Hackaday SuperConference in November, Sophi Kravitz had the chance to look back on the past year of Hackaday.io, and what a great year it has been. Hackaday.io now has over 178k members who have published 12.6k projects with about 10% of those being collaborative team projects. But the numbers tell just a small story of the vibrant community Hackaday has.

END_OF_DOCUMENT_TOKEN_TO_BE_REPLACED

If you already fully understood that last sentence, you may not learn as much from [Toshiro]’s talk as we did. If you’re at all interested in strange radio-frequency phenomena, neat material properties, or are just curious, don your physics wizard’s hat and watch his presentation. Just below the video, we’ll attempt to give you the Cliff’s Notes.

END_OF_DOCUMENT_TOKEN_TO_BE_REPLACED

[Derek Schulte] designed and sells a consumer 3D printer, and that gives him a lot of insight into what makes them tick. His printer, the New Matter MOD-t, is different from the 3D printer that you’re using now in a few different ways. Most interestingly, it uses closed-loop feedback and DC motors instead of steppers, and it uses a fairly beefy 32-bit ARM processor instead of the glorified Arduino Uno that’s running many printers out there.

The first of these choices meant that [Derek] had to write his own motor control and path planning software, and the second means that he has the processing to back it up. In his talk, he goes into real detail about how they ended up with the path planning system they did, and exactly how it works. If you’ve ever thought hard about how a physical printhead, with momentum, makes the infinitely sharp corners that it’s being told to in the G-code, this talk is for you. (Spoiler: it doesn’t break the laws of physics, and navigating through the curve involves math.)

END_OF_DOCUMENT_TOKEN_TO_BE_REPLACED

Hey, that’s me! I had the honor of giving a talk at the Hackaday SuperConference in November about our editorial direction over the past year and looking towards the next. At any given time we have about 20-25 people writing articles for Hackaday. We depend on their judgment, experience, and skill to keep Hackaday fresh. It would be wonderful if you would join me in thanking all of the writers and editors for a great year by leaving your well-wishes in the comments.

Take a look at the video of the talk, then join me below for a few more thoughts.