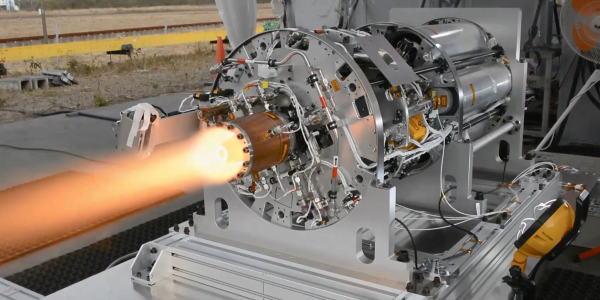 Liquid-fuelled rocket engine design has largely followed a simple template since the development of the German V-2 rocket in the middle of World War 2. Propellant and oxidizer are mixed in a combustion chamber, creating a mixture of hot gases at high pressure that very much wish to leave out the back of the rocket, generating thrust.

However, the Japan Aerospace Exploration Agency (JAXA) has recently completed a successful test of a different type of rocket, known as a rotating detonation engine. The engine relies on an entirely different method of combustion, with the aim to produce more thrust from less fuel. We’ll dive into how it works, and how the Japanese test bodes for the future of this technology.

Humans love combusting fuels in order to do useful work. Thus far in our history, whether we look at steam engines, gasoline engines, or even rocket engines, all these technologies have had one thing in common: they all rely on fuel that burns in a deflagration. It’s the easily controlled manner of slow combustion that we’re all familiar with since we started sitting around campfires. END_OF_DOCUMENT_TOKEN_TO_BE_REPLACED