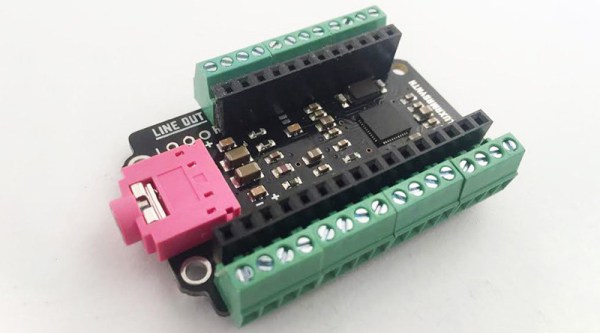 There are only so many ways to generate music with a computer, and by far the most popular method is MIDI. It’s been around for thirty-five years, and you don’t get to be a decades-old standard for no reason. That said, turning MIDI into audio is a pain, but this project in the Musical Instrument Challenge for the Hackaday Prize makes it easy. It’s a Fluxamasynth Module that turns MIDI into something you can hear.

The key to this build is a single chip that takes MIDI data in and spits out audio, according to the 128 general MIDI sounds. This might not sound like much, but if you’ve ever tried to turn MIDI into sound, you’ll find your options are limited. There is exactly one chip that can do this and is easily obtainable: the SAM2695 from Dream Sound Synthesis. This chip was originally designed for cheap toy keyboards, but if you have a chip, you can do anything with it.

The Fluxamasynth Modules are inspired by the original Fluxamasynth, an Arduino shield that is basically a breakout board for the SAM chip. There’s a MIDI in, and an 1/8″ jack for output, and not much else. The Fluxamasynth Modules extend the capability by adding more support, including stereo output, reverb, chorus, flange, and delay effects, and digs down deep into the configurable parameters for tuning.

The hardware is basically an audio appliance for the Arduino, Raspberry Pi, and the ESP32, and allows for generative music through code. You can see an example of this project in the video below.

END_OF_DOCUMENT_TOKEN_TO_BE_REPLACED 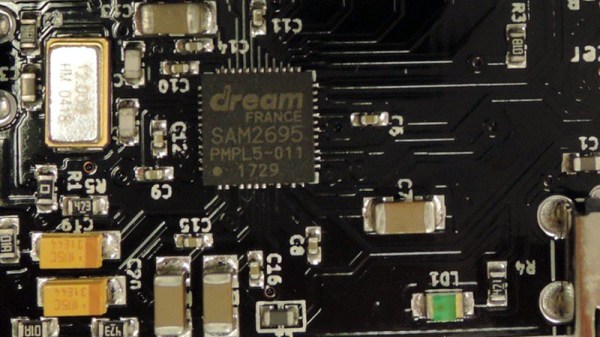 It is a great shame that back in the days when a typical home computer had easy low-level hardware access that is absent from today’s machines, the cost of taking advantage of it was so high. Professional PCBs were way out of reach of a home constructor, and many of the integrated circuits that might have been used were expensive and difficult to source in small quantities.

Here in the 21st century we have both cheap PCBs and easy access to a wealth of semiconductors, so enthusiasts for older hardware can set to work on projects that would have been impossible back in the day. Such an offering is [Serdef]’s Tiny Parallel Port General MIDI Synthesizer for DOS PCs, a very professionally produced synth that you might have paid a lot of money to own three decades ago.

At its heart is a SAM2695 synthesiser chip, and the board uses the parallel port as an 8-bit I/O port. The software side is handled by a TSR (a Terminate and Stay Resident driver loaded at startup, for those of you who are not DOS aficionados), and there are demonstrations of it running with a few classic games.

If the chip used here interests you, you might like to look at a similar project for an Arduino. The Kickstarter we covered is now long over, but you can also find it on GitHub.