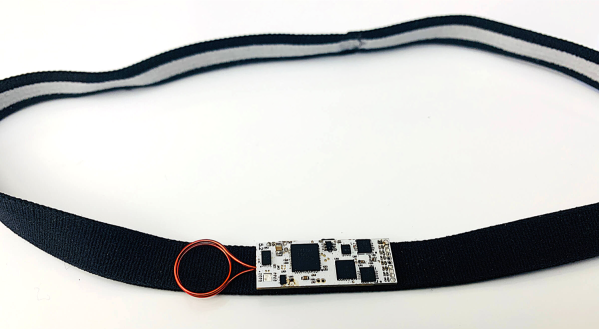 Epilepsy is a neurological disorder characterized by the occurrence of seizures. Epilepsy can often prevent patients from living a normal life since it’s nearly impossible to predict when a seizure will occur. The unpredictability of the seizures makes performing tasks such as driving extremely dangerous. One of the challenges in treating epilepsy is the condition is still not very well understood.

Neurava, a recent startup company from Purdue University, aims to change this fact. Neurava is developing a neck wearable that “records key biological signals related to epilepsy.” None of the press releases we’ve found so far elaborate on what those biological signals are. Though we have some guesses of our own, we’ll leave it to the Hackaday community to speculate for the time being. One of the major hurdles in using biological signals to treat conditions like epilepsy both lies in the accuracy of the measurement itself in addition to how well the measurement correlates to the underlying condition. From the looks of it, Neurava has been working on this technology for a long time and are certainly more aware of these challenges than we are.

Neurava’s wearable includes a few other functionalities we’ve come to expect in this era of smart devices such as wireless data transmission to both the physician and patient, physician dashboard to monitor the patient’s progress over extended periods of time, and in-time alerts in the event a seizure is detected.

Neurava appears to have garnered a bit of publicity in these last few months and are currently securing seed money to help advance their technology. We’ll check in every so often to see how they’re doing.